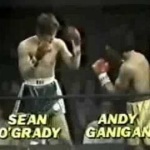 Sean O’Grady (76-2) vs. Andy Ganigan (33-3) "Some felt Pat O’Grady, a former Marine who fought on Okinawa and Guadalcanal, was trying to control his son, strip his entire personality by forever dictating to him and making sure he followed his directives."-- Brian D'Ambrosio “My father was doing everything possible to help me and help me win. Dad never had another job. We … END_OF_DOCUMENT_TOKEN_TO_BE_REPLACED 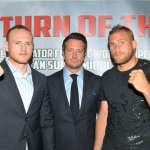 This Saturday (September 20) George ’The Saint’ Groves (19-2-0, 15 KOs) returns to the ring for the first time since his knockout defeat at the hands of IBF and WBA world super middleweight champion Carl Froch, last May, at London’s Wembley Stadium. The loss to Froch was the second defeat in a row for Groves, following a controversial stoppage defeat to ’The Cobra’ in their … END_OF_DOCUMENT_TOKEN_TO_BE_REPLACED