12/13 – Lucas Browne (19-0, 17 KO’s) vs. Clarence Tillman (11-15-2, 6 KO’s) II – Victoria, Australia Aussie heavyweight Browne has gained quite a following recently. After a one sided decision over James Toney in April, he stopped Travis Walker and Richard Towers in just over a three month period. He’s been lobbying for a bout with U.K. fighter David Price, who’s coming off … END_OF_DOCUMENT_TOKEN_TO_BE_REPLACED 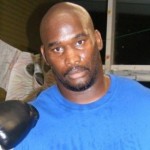 What's a 6 ft 5 former Arena Football player from New Orleans doing in New Zealand, fighting in front of boxing-hungry locals? North Carolina Central University graduate, Clarence Tillman (7-6-1, 5 KOs), doesn't have the record of someone who generally captures headlines, but he's doing what most fighters can only dream of-- fighting on his own terms, under his own conditions, … END_OF_DOCUMENT_TOKEN_TO_BE_REPLACED