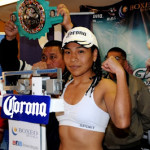 It was a light weekend for the ladies. In Mexico, Anahi Torres (11-10, 2 KO's) broke the .500 barrier with a successful defense of the WBC Youth minimum weight title with a ten round decision over Jasseth Noriega (16-1-1). This was Torres’s third defense of the title she won when she took a 10 round decision over Maria Salinas in September of 2011. Since running up seven … END_OF_DOCUMENT_TOKEN_TO_BE_REPLACED 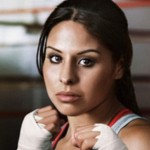 by The Green Machine She’s made Olympic history, and the 2012 Olympics are still months away.  On Tuesday, May 15th, Marlen Esparza became the first woman in United States history to qualify for Olympic boxing competition and the first female boxer to qualify for the London Games. Esparza, a featherweight from Houston, Texas, secured her trip to London with a 28-13 … END_OF_DOCUMENT_TOKEN_TO_BE_REPLACED 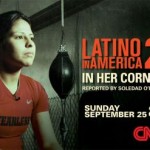 by Charles Horgan EXPECTATIONS: I don’t watch a great deal of television. I pick up certain shows on DVD and watch week-long marathons, and I tune in for boxing or The Daily Show. Other than that, I don’t really seem to tune in to anything on a regular basis. A few days ago, Paul Magno, our editor, e-mailed me and asked if I would review a documentary and I agreed. I … END_OF_DOCUMENT_TOKEN_TO_BE_REPLACED