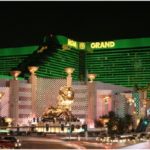 Boxing is about more than just the two fighters who step in the ring. When we think about fights in the past, that have really stuck in our mind, we don’t just remember the actual fight. We remember where it was, we remember the build up, we remember the commentary and in some cases we remember the venue. The actual place where a fight took place can become part of our … END_OF_DOCUMENT_TOKEN_TO_BE_REPLACED

With another chapter in the history of the venue surely looming large on the horizon, there can be no better time to look back at some of the greatest fights ever to take place at the MGM Grand in Las Vegas. Many purists will argue that the MGM Grand’s first real ‘superfight’, a spectacle that draws paying television audiences from every continent, was the fight simply … END_OF_DOCUMENT_TOKEN_TO_BE_REPLACED 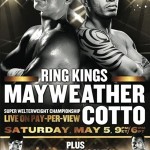 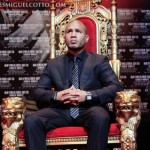 By Gary Purfield At any level of boxing most fighters are striving to jump to the next level above where they currently stand.  The club fighter hopes for an opportunity to upset an unbeaten prospect.  The prospect seeks a chance to become a contender while the contender strives to win a title. Then there are the fighters that have world titles but want to achieve a … END_OF_DOCUMENT_TOKEN_TO_BE_REPLACED 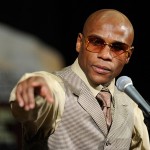 WBC welterweight champion, Floyd Mayweather Jr., has selected WBA jr. middleweight champion Miguel Cotto as his opponent for May 5 at the MGM Grand Casino in Las Vegas, Nevada. Mayweather made the announcement at his licensing hearing earlier today. Cotto, who became a promotional free agent on December 31, had entered into negotiations with WBO welterweight titlist, Manny … END_OF_DOCUMENT_TOKEN_TO_BE_REPLACED