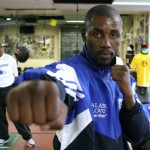 Takalani Ndlovu (33-9, 18 KO’s) vs. Mzonke Fana (31-6, 13 KO’s) –South Africa Ndlovu is on a losing skid, dropping his last three by 12 round decision. A two division champion, he’s held the WBF and IBO featherweight titles as well as the IBO and IBF super bantamweight belts. His ledger includes a spilt pair of bouts with Steve Molitor and two losses to Jeffrey Mathebula. … END_OF_DOCUMENT_TOKEN_TO_BE_REPLACED 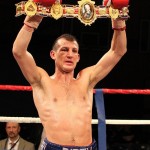 According to the Liverpool Evening Echo today, former British Lightweight champion 'Dirty' Derry Matthews has lined up a shot at the vacant WBF belt against former World Super Featherweight titlist, Mzonke Fana. Its also reported that Matchroom Boxing boss, Eddie Hearn, has other plans for Derry who he may be seeking to secure on a longer term deal which may include another … END_OF_DOCUMENT_TOKEN_TO_BE_REPLACED 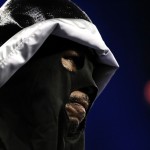 * Bernard Hopkins came in four ounce over the light heavyweight limit during the weigh-in for Saturday's bout with Jean Pascal in Quebec. After abot an hour and a trip to the restroom, Hopkins weighed-in at 174 lbs., 14 ounces. * The British Board of Control has made it known that the James DeGale-George Groves purse vs. purse bet will not be allowed. Under commission rules, … END_OF_DOCUMENT_TOKEN_TO_BE_REPLACED 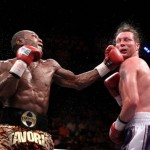 by Chris Milton On Friday, in his native Argentina, the new “Malignaggi” Cesar Cuenca (37-0) continues his snail pace up the 140lb rankings against Cesar Telechea (8-3-1). With fights like this its not hard to see why Cuenca has 37 wins yet is nowhere near world level. We also see a super featherweight alphabet title fight in South Africa between Mzonke Fana and Cassius … END_OF_DOCUMENT_TOKEN_TO_BE_REPLACED