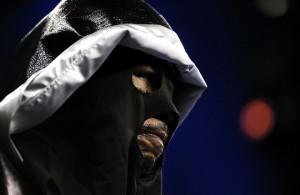 * Bernard Hopkins came in four ounce over the light heavyweight limit during the weigh-in for Saturday’s bout with Jean Pascal in Quebec. After abot an hour and a trip to the restroom, Hopkins weighed-in at 174 lbs., 14 ounces.

* The British Board of Control has made it known that the James DeGale-George Groves purse vs. purse bet will not be allowed. Under commission rules, fighters are not allowed to bet or profit from betting on the outcome of a fight.

* Paul Williams – Erislandy Lara looks like it will be green-lighted by HBO for July 9th, replacing the rejected Williams-Nobuhiro Ishida bout they had earlier approved. The Boxing Tribune will wait until official confirmation before announcing the bout.

* The announced Johnny Tapia – Frankie Archuleta fight on June 4th is in  serious jeopardy after Archuleta refused to take the New Mexico commission’s mandatory MRI test. A replacement opponent has already been found and will be announced within the next few days if Archuleta continues his refusal to comply with commission mandates. This would’ve been the third and deciding bout in the Tapia-Archuleta trilogy.

* The IBF has stripped it’s super featherweight champ, Mzonke Fana, of his belt due to failure to sign his contract to meet top challenger, Argenis Mendez in their scheduled June 11th bout. The organization had already bent its rules, allowing Fana a three-month grace period from its original proposed deadline of March 11th.