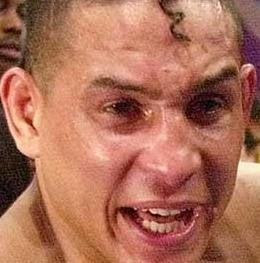 “Hector was a legendary fighter who will also go down as one of the most flamboyant fighters in the sport. It is with the utmost respect for him that I have declined to approve the fight,” Davis said in a press release.

Of course, Boxing being what it is, Camacho and Campas are more than free to peddle the fight in a state with a weaker,or non-existant,commission.

So, all you people eager to purchase this “event,” you’ll just have to find another way to dispose of your 30 bucks [cough]: boxing_times@yahoo.com