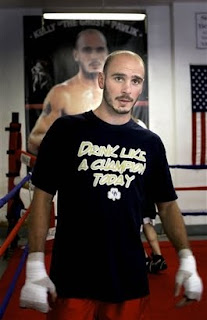 The official story is that Pavlik’s staph infection in a finger on his left hand continues to be an issue and is stopping him from being able to train properly.

With Pavlik out, Top Rank is also likely to pull Joshua Clottey from the HBO undercard bout where he was set to face Carlos Quintana.

Unless an unlikely Williams-Clottey bout can be pieced together on short notice, HBO will have to scramble for a suitable opponent for Williams and a solid preliminary bout.

When Pavlik finally does return, he will find himself with literally nobody to fight in his division and will be treated as a toxic property by most management teams for his recent problems.