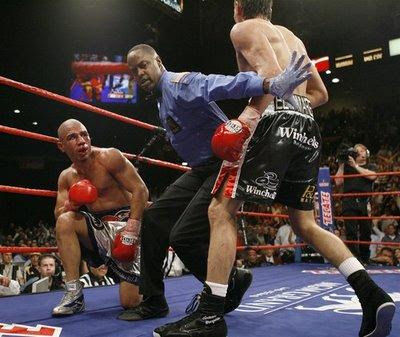 Cotto suffered a brutal beating at the hands of “The Tjuana Tornado,” Antonio Margarito in the biggest fight of his career up to that point.

The controversy exists about whether Margarito was using loaded hand wraps, but there’s no controversy about the fact that Cotto absorbed a tremendous amount of punishment that may still be weighing on his psyche. 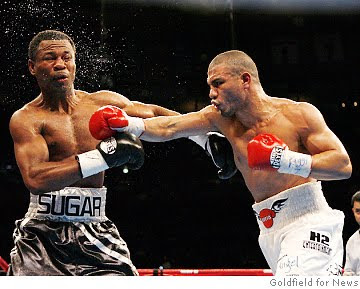 Cotto might have been catching Shane Mosley at the right time, but “Sugar” showed that he still had plenty of life left in his 36-year old body.

But Cotto proved two things with this win: He could box as well as slug and, most importantly, he belonged among the elite of the sport.

A bloodied and severely tested Cotto was pushed to the brink by the supremely talented Zab Judah. After being buzzed early on, Cotto pushed forward with the full support of a Madison Square Garden crowd and eventually wore Judah down.

Despite some controversy regarding several low-blows, Cotto took care of business and established himself as a real force at 147. 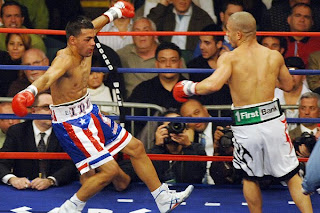 In his first real fight at Welterweight, Cotto unleashed a savage attack on Quintana to capture the vacant WBA Welterweight title.

A game and talented Quintana appeared to be overmatched against a highly motivated and mean-spirited Cotto. 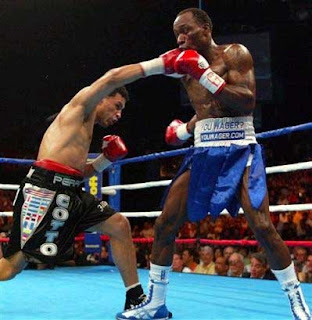 Far from “Just Another Defense” of his Jr. Welter title, Cotto’s adventure with “Chop Chop” saw him meet, and overcome, his first real test.

Despite being knocked down in the first, Corley came back strong in the third and severely wobbled Cotto.

The Puerto Rican champ would survive and eventually stop the quick-fisted southpaw.