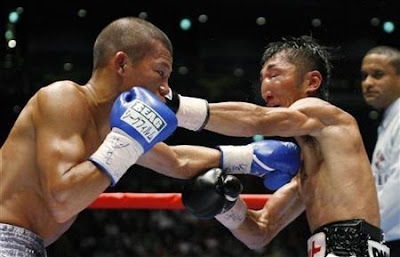 This was less a show that Naito was too old than it was a passing of the torch in a lot of ways. Kameda is the real deal. His counter punching was outstanding, he stayed controlled the entire fight, and unlike the ferocious killer Kameda we’ve seen before, he recognized that Naito wasn’t one of those slugs without a pulse he’d sparked in the past. Despite any out of the ring trash talk, Kameda clearly respected Naito as a fighter.

Kameda’s performance might just edge Bute for the fighter of the week.