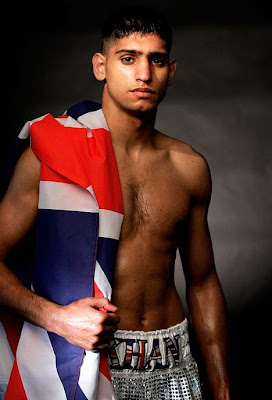 Make no mistake about it, this is a five star fight, probably more mouth watering than its headliner. Maidana is there to be outboxed, Khan is there to be knocked out, and that’s just part of the story.
At the Mandalay Bay Casino, Khan will have the opportunity to earn more than just recognition, but his overdue respect. Maidana is not a top 5 opponent by any stretch of the imagination, but for a defensively flawed and heavily criticized Khan to take a fight against a puncher of this magnitude is a credit in itself.
Khan will go into this fight as favourite, but Maidana is a very live underdog with more than just a puncher’s chance. Maidana showed everybody what material he was made of when he broke Ortiz down to stop him in a fight of the year contender. Maidana is a tough cookie and Khan will need to be very disciplined if he wants to walk away with his belt.
Khan has the god given advantage, his skill set is far superior than Maidana’s. But the mental aspect of the game is vital, and that’s another factor where Maidana comes out tops. Khan still has the ghost of Breidis Prescott tap dancing near his ears and the only way he can get rid of them is by facing a puncher.
Tactically, Khan needs to go in and out, he can’t just rev up his motor scooter; the gas will eventually run out. Maidana is a pressure fighter, why give him his pleasure and let him come at you by running away from him. If I’ve spotted that Maidana can’t counterpunch and takes time to switch from defence to attack, I’ll bet you a karma point that Freddie Roach has. Khan needs to be mentally strong to win this, not just in top physical condition.
Maidana’s game plan orientates around his right hand, he’s a poor man’s Alfredo Angulo. He’ll load up his right hand more in hope to get Khan face first on the canvas. Maidana is re-building the boxing fundamentals, which isn’t something you want to hear from a camp that’s challenging for a title shot.
The biggest winner is Khan. Win or lose, Khan has earned the respect from the trolls that have dismissed him because of his china chin, race or whatever other reasons. This is a chance for Khan to prove his doubters wrong, a chance for us fight fans to look at what Khan is really made of. Has Roach built him into sterner stuff, or will Maidana play spoiler and poop the honeymoon period with another stunning knockout?
I strongly believe Khan will have enough skills and brawn to outpoint the rugged Argentine, and I think he’s developed enough to take on the monster that is Maidana. The old cliche “hit and don’t be hit” will be relevant, and that’s why I pick Khan to prove his haters wrong.
Another great match-up added to the April 17 date, as the PPV event will rival Showtime’s Super 6 Tournament bouts between Carl Froch and Mikkel Kessler in Denmark, and Andre Ward facing the winner of Sakio Bika and Allan Green on February 5.