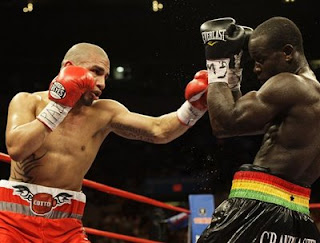 In one of the worst kept secrets in boxing, Miguel Cotto officially announced on his Twitter account that his new head trainer will be legendary hall of fame trainer Emmanuel Steward. Steward has already joined Cotto in his training camp and will remain with the Puerto Rican star until his fight with Yuri Foreman on June 5 for the WBA junior middleweight title.

Cotto will be aiming to become a three-weight world champion with victory at the Yankee Stadium in New York against Foreman who’ll be making his first defense. Steward was on the verge of agreeing terms with Foreman’s camp as a consultant, but Team Cotto managed to change his mind at the last minute.