In boxing, it’s easy to dwell on the negative. I could easily write daily columns for the rest of  my life, griping and moaning about the ills of the sport. I’d never run out of material, that’s for sure. But good things do happen in the sport and sometimes people deserve a tip of the hat for actually doing something worthwhile for the fans. Such is the case on July 31st when Golden Boy goes back to pay per view and brings an outstanding card to the Mandalay Bay in Las Vegas.

The Juan Manuel Marquez-Juan Diaz II event is something that we seldom see in the sport today: A high-ticket pay per view which promises to deliver from top to bottom.

None of the bouts are particularly urgent pairings and none of the fighters are mega-stars, but, from the opening bout to the main event, there are nothing but brilliantly matched-up fighters who find themselves, for different reasons, in “must win” situations.

Here’s a rundown of the card:

Although this is a rematch of 2009’s Fight of the Year, I didn’t see much logic in this pairing at first. Despite a fierce battle from Diaz, Marquez won the first bout decisively. However, as things have progressed over the mon 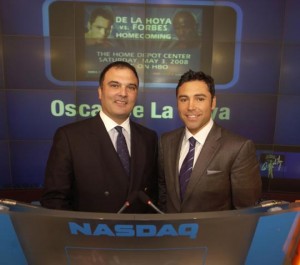 ths, this becomes more and more of an intriguing bout. Marquez is coming back from a humiliating loss to Floyd Mayweather at Welterweight and at 36 years of age, we just don’t know how the weight change will affect the great Mexican warrior. Diaz, on the other hand, is also coming back after an embarrassing loss to Paulie Malignaggi and he has to deal with plenty of ghosts when it comes to his last few years in the sport. From the Marquez loss,  to the Malignaggi loss and then the Nate Campbell mugging a couple of years back, Diaz should have a chip on his shoulder. This will be a bout of two potentially damaged fighters battling to stay relevant…It’s a can’t miss.

Linares was being treated as a can’t miss prospect by Golden Boy until getting stopped in one round by unknown, Juan Carlos Salgado; Juarez has had every opportunity to shine, but has almost always come up short. Together, they represent the best hopes of Golden Boy getting tossed out the window. Simply put, the winner of this bout moves on with his career…the loser is toast. Juarez has the massive edge in experience and probably power, but Linares is a tremendously talented and skilled fighter. We’ll find out a lot about both fighters after this one. Who wants to move on and who just wants out?

Yes, Casamayor is well past his prime and probably shouldn’t be fighting at the scheduled 140 lb. limit, but Guerrero is the one moving up in weight and fighting at Jr. Welterweight for the first time and, really, he hasn’t even been tested at 135 yet. Guerrero is young, fresh, and talented, but Casamayor is crafty as the devil and will be more comfortable at the higher weight. If Guerrero sees Casamayor as a stepping stone to the Jr. Welter cash bonanza he may be unpleasantly surprised.

Ok, so this is for a bogus WBO Middleweght belt that should still belong to the true and lineal champ, Sergio Martinez, but that still doesn’t stop this one from being an intriguing battle. Whenever you get two young, undefeated fighters going at it for their first world title, you will have a battle. This will probably be Danny Jacobs’ coming out party, but you can’t count Pirog out.

Of course, something could still come along and ruin this beautifully crafted card. Injuries and last-minute contract disputes happen, but, until then, let’s give credit where credit’s due. Kudos to Golden Boy for finally giving us fans a pay per view we don’t have to feel guilty about buying.