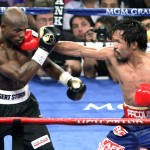 By Alphonso Costello There should be no shame in losing a fight, unless you quit or make up an excuse like breaking your toe. The boxing media will never forgive you for that and will constantly remind you every chance they get. On Saturday night many of us witnessed one of the biggest screw jobs in boxing history. It wasn't the worst, but the cries of corruption are loud … END_OF_DOCUMENT_TOKEN_TO_BE_REPLACED 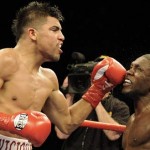 In their scheduled hearing today, the Nevada State Athletic Commission (NSAC) issued two decisions that affect the livelihoods of fighters competing under their jurisdiction. Victor Ortiz was issued a one fight conditional permit to fight in Nevada, pending further review of controversial statements the fighter made during a video interview. In the interview, Ortiz told … END_OF_DOCUMENT_TOKEN_TO_BE_REPLACED 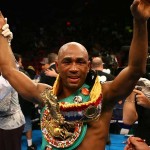 According to a representative of the Nevada State Athletic Commission (NSAC), former lightweight and super featherweight world champion, Joel Casamayor, tested positive for Marijuana following his November 12th TKO loss to Timothy Bradley on the Manny Pacquiao-Juan Manuel undercard. Casamyor, who received $100,000 for his clinch-filled snoozer against Bradley, faces a … END_OF_DOCUMENT_TOKEN_TO_BE_REPLACED 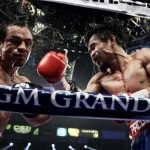 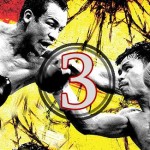 Lord knows I've been critical of Manny Pacquiao and Bob Arum in the past. I don't take any of that back and I still think that much of Manny's talent has been wasted over the last several years, rolling over re-treads and broken down war horses while barely breaking a sweat. But never let it be said that I cannot give credit where credit is due. Regardless of what my Boxing … END_OF_DOCUMENT_TOKEN_TO_BE_REPLACED