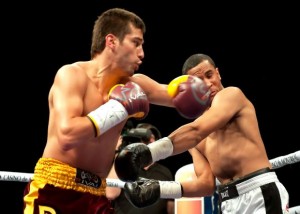 Rising Canadian star and knockout king, David Lemieux (24-0, 23 KOs), will be back in the ring less than two months after his one-round destruction of Hector Camacho Jr. back in late October.

This time, he takes on 37-year old American, Purnell Gates (18-1, 13 KOs) in a scheduled ten rounder at the Bell Centre in Quebec.

Gates has fought exclusively on the Midwestern club level. His opponents’ combined record in 19 pro fights is 66-121-8.

Lemieux was in talks to possibly fight Ishe Smith, who last fought in early November, but Smith opted out, wanting more time to properly prepare.