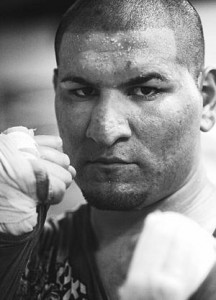 Arreola is coming off an August unanimous decision win over Manuel Quezada in a bout which saw the Los Angeles native injure his right hand.

Abell is 7-0 (7 KOs) with 1 no contest in his last eight bouts, but the combined record of those last 8 opponents is 159-119-4. Fighting almost exclusively in the Midwest, Abell’s most noteworthy victories have come against journeymen Galen Brown and Marcus Rhode.

Scheduled on the undercard, is a twelve-rounder between NABO lightweight champ, John Molina (21-1, 17 KOs) and Raymundo Beltran (23-4, 15 KOs)