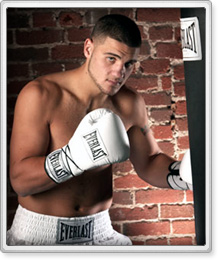 Manfredo Jr. is 5-0 in his last 5 against fringe fighters like Matt Vanda and Walid Smichet. The Providence, RI native is best known for his losses to Joe Calzaghe, Jeff Lacy, and Sakio Bika as well as for being a member of The Contender TV cast, where he suffered losses to Sergio Mora and Alfonso Gomez.

Edouard is a Port-au-Prince native who maxed out with a win over Willie Gibbs in 2004, but has fallen to next-level fighters like Jermain Taylor, Eremosele Albert, and, most recently, Alfonso Mosquera via July split decision in Panama.

Rodriguez is coming off a ninth round stoppage of James McGirt jr. in November while Pryor won a unanimous eight round decision over Dyah Davis, son of Howard Davis Jr., on that same card.