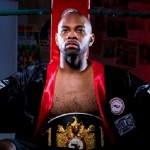 by Eric "Sugar Foot" Duran The gatekeepers are former champs, holding the strap until someone dethrones them. They're fighters who take fights on short notice for a paycheck. Their phone is never silent as big-time promoters are constantly calling for their services. They're the backbone of boxing as, simply, the opponent. David Rodela- Rodela was a highly-respected … END_OF_DOCUMENT_TOKEN_TO_BE_REPLACED 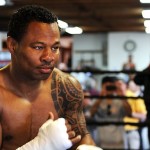 Vinny Maddalone (37-8, 28 KO’s) vs. Maurenzo Smith (12-7-2, 9 KO’s) – Huntington, N.Y. Local fan favorite Maddalone headlines the card at the Paramount Theater in a scheduled eight rounder. The Queens native has been in the ring against world class opposition: Tyson Fury, Tomasz Adamek, and Evander Holyfield to name a few. Even in his losing battles, he’s always put forth a … END_OF_DOCUMENT_TOKEN_TO_BE_REPLACED 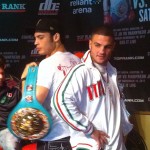 WBC middleweight titlist, Julio Cesar Chavez Jr. (44-0-1, 31 KOs) stopped Peter Manfredo Jr. (37-7, 20 KOs) in the fifth round of their scheduled twelve at Reliant Arena in Houston, Texas. After a solid fourth round for the challenger, Chavez landed a right hand behind Manfredo's ear in the fifth that sent the Providence, RI native wobbling to the ropes. Smelling blood, … END_OF_DOCUMENT_TOKEN_TO_BE_REPLACED 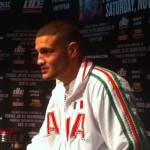 In 2004, rising light middleweight prospect Peter Manfredo, Jr. vacated his NABO title belt to participate as a middleweight in boxing’s newly created reality television show called “The Contender”. He was one of the early favorites to win the tournament style competition before being upset and eliminated by then-unheralded Alfonso Gomez in the show’s opening bout. As … END_OF_DOCUMENT_TOKEN_TO_BE_REPLACED

By Fox Doucette Brace yourself. I'm about to defend Jose Sulaiman and the WBC. Please don fireproof clothing. See, you can jabber all you want about how the Mexico City-based sanctioning body manipulates the rankings to benefit Mexican fighters. Sulaiman's guilty as charged on that front, which is why Saul Alvarez holds the WBC belt at 154 and Julio Cesar Chavez Jr. (43-0-1, … END_OF_DOCUMENT_TOKEN_TO_BE_REPLACED