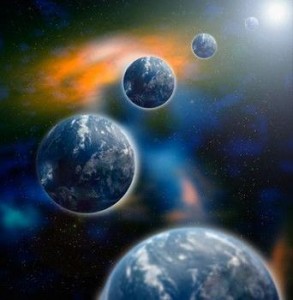 It’s hard to imagine a champion more deserving of singular honors than Juan Manuel Marquez. From his win over Joel Casamayor, victories over Juan Diaz, and dismantling of a supremely brave and motivated Michael Katsidis in the lightweight division, Marquez embodies what a champion should be.

However, in the same division of the same sanctioning body, there’s another fighter walking around with a world title– Venezuela’s Miguel Acosta.

The World Boxing Association (WBA), boxing’s oldest governing body, has been stewing in its own greed and mismanagement since 1962, when rogue elements of the old National Boxing Association realized they could get away with murder by moving the organization outside of US jurisdiction.

Despite a dark history, on par with the other rotten governing bodies, the Venezuela-based outfit has been especially bold in their recent cash-grab frenzy.

With 32 recognized world champions in 17 weight classes, WBA President Gilberto Mendoza and his crew have given new meaning to the “Many Worlds Theory” in Physics.

The perfect example is their work in the featherweight division where long-standing champ, Indonesia’s Chris John, has reigned supreme since capturing the crown back n 2003.

Unwilling to strip commission-favorite, John, the WBA still thirsted for the large sanctioning fees that John couldn’t provide. Along came Cuban phenom, Yurorkis Gamboa, who could get American exposure and generate major paydays. So, the WBA threw a world title belt at Gamboa and, with the belt, raked in the 3% that comes along with the “honor”of representing their organization.

With John appointed “Super Champion” and Gamboa as the “Regular Champion,” the organization then went and set up a Jonathan Barros-Irving Berry bout for the then-vacant “World” title after Gamboa beat Orlando Salido for the vacant IBF crown and had been re-named “Unified Champion.”

Then, Barros, after beating Berry, became WBA “World Champion” despite having been beaten by Gamboa via wide unanimous decision just nine months earlier.

That’s three world champions in one division with each paying a sanctioning fee for the privilege of carrying a third of the title. In an effort to save face, the WBA did order John and Gamboa to unify, but in the unlikely event that this happens, history shows us that the money-hungry Venezuela mob will simply look for yet another belt-hungry titlist.

Moving six divisions up in weight, the WBA has been just as efficient at screwing up the middleweight division.

Reluctant to strip the inactive, yet well-paid Felix Sturm of the title, they would simply take two of their best young fighters, Gennady Golovkin and Hassan N’Dam N’Jikam, and, instead of having them face one other to determine a replacement champ, they would simply give them easy bouts en route to one title belt apiece.

In case you’re scoring at home, that makes two world champions and an interim world champ at 160 lbs.

Up and down the WBA rankings we find similar insanity.

Other active champions like Andre Ward at 168, Viacheslav Senchenko at 147, Takashi Uchiyama at 130, Hugo Cazares at 115, and Daiki Kameda at 112 have to share the spotlight with an “Interim” champion for no good reason other than that the WBA wants to collect two sanctioning fees where they previously collected just one.

Maybe these champions should try get a few tips on how to remain the sole champion of a division from Panama’s Guillermo Jones.

The WBA cruiserweight titlist, Jones, managed to hold on to his world title and avoid sharing the spotlight with an interim champ through nearly two years of inactivity, from winning the title in September, 2008 until the organization finally held a bout for an interim title in July of 2010, just 3 months before Jones would come back to finally defend his title.

Laughably, in the one case where naming an interim champ would be justified, the WBA dragged its feet for nearly two years before taking action.

And this is not even the whole story. For the sake of time, we’ll leave off how WBA 154 lb. champ, Miguel Cotto got instantly promoted from “World Champion” to “Super Champion” while the division still actively promotes an “Interim Champion” and seeks to fill the vacancy they created when they bumped Cotto up to “Super” status.

All of this, of course, is aside from the “irregularities” and puzzling logic that also plagues their rankings from top to bottom.

The WBA is just one-fourth of the problem when it comes to the sanctioning bodies, though. The WBC, WBO, and IBF are just as rotten and just as harmful to the sport of boxing. But the brash World Boxing Association doesn’t even try to hide their sleazy ways.

In a sanctioning world turned upside down, their bold cash grabs and shameless disregard for their own by laws  can almost be seen as a positive character trait.