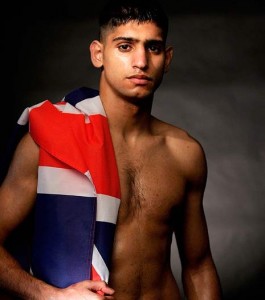 After several weeks of back and forth between both camps, the deal for Amir Khan (24-1, 17 KOs) to defend his WBA jr. welterweight title against Ireland’s Paul McCloskey (22-0, 12 KOs) has been finalized.

The bout will take place April 16th at the M.E.N. Arena in Manchester, UK.

McCloskey, ranked #20 in The Boxing Tribune’s rankings for the 140 lb. division, has yet to face a world class opponent, with his toughest opposition being a faded former champ, Cesar Bazan, in 2008 and tough regional/local talents such as Colin Lynes and Giuseppe Lauri.

Khan, on the other hand, is coming off his two biggest wins in 2010: a TKO 11 stoppage over Paulie Malignaggi and a UD win over Marcos Maidana.

McCloskey is seen as a tune up for a potential title unification between Khan, the #2 ranked jr. welterweight in the world, and #1 ranked, WBC/WBO jr. welterweight champ, Timothy Bradley later in the year.