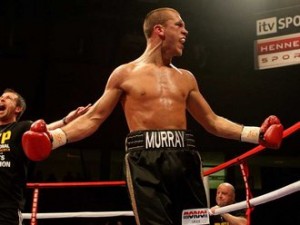 Murray, 26, has yet to face a ranked, world class opponent, but is regarded as a quality prospect with a possible elite-level upside. The current European lightweight champ is ranked 5th by The Boxing Tribune, but is also ranked by the WBC (#3) and the IBF (#13).

“Frank can make the big fights happen,” Murray told The Manchester Evening News. “He got Kostya Tszyu for Hatton, Jeff Lacy for Calzaghe, Marco Antonio Barrera for Khan, all of which were in Manchester, and more recently Michael Katsidis for Kevin Mitchell.

“My ambition has always been to headline arenas.” He continued. “I’ve watched Ricky Hatton fill the M.E.N Arena in his hey day making Manchester the boxing capital of Britain in the last decade.”