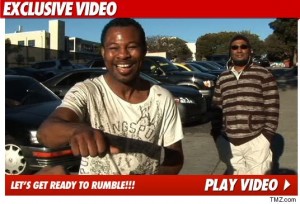 After a long hiatus from writing and watching boxing live, it’s time for yours truly to jump head-on back into the world of hard hitting Independent Boxing Journalism with the “mailbag” gimmick.

Charlie,
Customers who showed an interest in gummy candy might like to know about our current selection of gummy candies from Kasugai.

Amazon,
Thanks for the suggestion, but my current subscription of 5lbs of Haribo gummy bears per month is plenty, thank you.

Mr. Charles,
Here’s the Preliminary Estimate. Let me know if you have any questions. Sorry for the delay, buried in work. Thank you Sir.
Best Regards,
Max A. Viquez

Max, thanks a lot. Boy, it’s amazing how much the expenses pile up from a simple fender bender. At least they didn’t total the Corvair.

You won’t believe it!

Charlie,
Join Now For A Reduced Rate. It’s amazing what girls will do when their friends are cheering them on. In this case these girls went above and beyond the call of duty. I often wonder if a girl acts more dirty based on their job, that is why i like to include the current occupation with the act.
-The Party Bear

P. B. cool to hear from you again, but I’m fine with the subscriptions I have now. Thanks though.

Anyway, time to get serious:

At my DVD QC job I get to watch a lot of UFC as they release their bouts on DVD, usually within two months of the original air-date. This is a good product with the weigh-ins, some Q&A, behind the scenes and all that fun stuff. There’s a full presentation of the televised fight card with boring in-between waiting edited out, and all of the non-televised undercard fights included on a separate disc. What a nice deal.

I wonder why boxing promoters don’t do this. Who wouldn’t want to relive the action of Mosley vs Mora? And for your $25 you could show your kids the amazing disappointment of Victor Ortiz as he underwhelms even via knockout. Or for you Pacmaniacs, you could buy a dvd featuring Pacquiao’s one sided beatdown of unworthy opponent Antonio Margarito, and then relive the pure excitement of Guillermo Rigondeaux vs. Ricardo Cordoba. That sounds worth it doesn’t it?

Back in 2006 Showtime experimented with making fights available for the boxing fan and consumer. Available for purchase was the Joe Calzaghe vs Jeff Lacy fight, and the two Corrales vs Castillo fights. Each fight could be purchased on iTunes for $5. What a great deal, right?

Unfortunately that’s as far as they went with it. The page stopped updating, and then the fights were removed from the store.

I don’t understand why this was done. Surely there must be a secondary market for fights, right? Isn’t there more money to be made by putting out a DVD or hi-def download of all fights? Surely it’s more money than what’s being made right now. Currently, fights are doomed to occasional replays on their respective networks: HBO, Showtime and ESPN. If a boxing fan wants a fight to watch over and over, they must head to the classifieds (on certain independent boxing forums) and contact a collector. Money exchanges between collectors, sometimes the product is poor and no money goes to the network, promoter, or fighters.

Frankly, it doesn’t make sense. Zuffa LLC can’t be the only company that has the brains to promote their sport, can it? Even something simple like a “Best of year X” would be beneficial to everyone involved.
Think about it: wouldn’t you, as a boxing fan, purchase a nice 2 disc set that showcased the memorable fights and events of the year over a home made disc of questionable quality?

Getting fights into the hands of fans can only help the sport. It’s a necessary step along with network TV exposure to put our beloved sport back into the mainstream spotlight. And even if the hotshots at HBO or Uncle Bob didn’t care about the sport, let’s face it, there’s MONEY to be made. Everybody involved can make some money, the fat cats who mismanage the sport, the networks, and eventually even the lazy fighters who don’t hardly do anything to get these things done. Imagine how nice it would be to get a nice check for residuals at the end of the year when you’re a fighter featured on a disc.

Think about it. It makes sense. You can compile a nice DVD collection that’s fun to watch and finally toss your Ring Magazine library into the recycling bin.

Ringtv.com has reported here that Pacquiao won’t make the same mistake he made prior to his exciting back and forth battle with Antonio Margarito. Alex Ariza, Pacman’s conditioning coach said that the Filipino phenom was merely at 60% of his full potential when he went life and death against Mexican Mauler, Antonio Margarito. Shane Mosley is a more dangerous opponent, so Pacquiao will have to be at at least 62 or 63 percent of his full potential to beat the unstoppable, prime 39 year old.

Mosley is riding on a confidence high coming off of his career defining draw against defensive master Sergio Mora (who amazed us all with his amazing recent loss to Brian Vera), and a close unanimous decision loss to Floyd Mayweather Jr., narrowly losing by at least 10 rounds on every card. Can the pride of all Pinoys pull off the upset against Mosley? Only if he can remain focused enough to train at least a week prior to the bout. We can thank Uncle Bob for another great night of boxing for us die-hards.

Boxing returns to Los Angeles this month as Golden Boy Promotions’ Fight Night Club returns to Club Nokia. The Boxing Tribune has been there in the past and the crowd gets bigger and rowdier with every show. These aren’t championship quality fighters, but they are exciting young guns looking to impress in front of a hometown crowd. For $15, how can you say no? Although, I highly suggest drinking in the parking lot as a Bud Light will cost you about $8, meaning two drinks and a tip later, you’ve already spent more than what your ticket is worth.

Meanwhile, on March 4th, Warner Center War 3 comes to… well, the Warner Center in Woodland Hills, CA. Wayne Pocket Rocket McCullough is conspicuously absent from the card despite living only about a mile away. I have to wonder if he will ever return to the ring.

In any case, this event features a TITLE BOUT for the USBA Featherweight crown. Exciting contender Carlos Vinan, 10-8-4 (2KO) challenges Raymundo Beltran for the only belt that matters. Beltran actually has a decent record 23-4-0 (15KO), and it wasn’t built entirely on fighting over-matched bums. In fact, according to boxrec, a good number of his opponents had winning records, and his last bout was against then-undefeated David Torres.

Tickets are ranging from $150 for front row seats to $50. Compared to Fight Night Club, it seems pretty steep, especially if you’re like me: totally broke. But you get 11 bouts for your money, including some women’s boxing, which I can appreciate even if I’m not entirely sold on it yet.