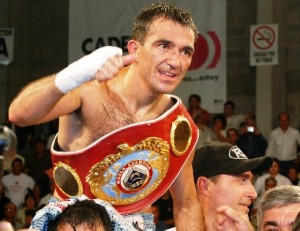 The undefeated Narvaez is making a quick turnaround, having last fought on February 12, scoring a 12-round unanimous decision victory over Victor Zaleta (17-1, 9 KO). Narvaez held the WBO’s flyweight title for nearly 7 years, and holds wins over Luis Lazarte, Carlos Tamara, and Rayonta Whitfield.