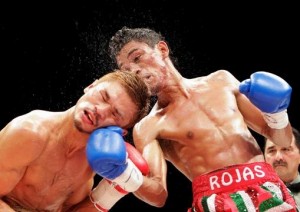 In Rojas’ last bout, he defended his title via unanimous decision against Nobuo Nashiro in Osaka, Japan. The 30-year-old Rojas has been in the ring against the likes of Anselmo Moreno, Gerry Penalosa, Vic Darchinyan, Cristian Mijares, Jorge Arce, and Evans Mbamba in his 15-year career and is regarded by many as a late bloomer in the sport, developing into a fringe world class fighter through hard-luck experience.

Montes, regarded as an energetic, tough, boxer-puncher, is lacking in real marquee names and has only ventured outside of his native Jalisco once in his 20-bout career.