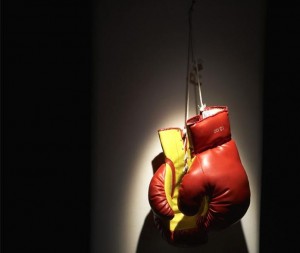 “The testing is completely and totally inept in the sport of boxing…I don’t believe they want to know just how rampant the use of drugs really is.” — Victor Conte, Founder and President of BALCO.

In 1991, a 34-year old Sugar Ray Leonard came out slow and sluggish in his one-sided loss to Terry Norris. It was a continuation of a three-year slide for the Hall of Fame boxer, but nobody batted an eye. Leonard, after all, was at the magical mark of the mid-30’s, the age where conventional wisdom mandates a professional fighter’s quick decline.

Now, not only is the mid-30’s mark obsolete, there is a case to be made that 40 is the new 30 in the world of professional prize fighting.

In 1992, the average age of Ring Magazine’s top fighters in each division was 27.6 years. Nineteen years later, that average age of Ring’s best has skyrocketed to 32.9. The difference of five years and three months is statistically huge, especially considering that this change happened over the course of one generation of fighters.

Some may point to better nutrition and training techniques as the catalyst for over five extra years in a fighter’s career. Others think that something more sinister is going on.

In a sporting world full of athletes tempted into using performance enhancing drugs (PEDs), it’s naive to think that the red light district of sports, professional boxing, hasn’t similarly fallen prey to chemical shortcuts. As a matter of fact, we know that there has been PED use in boxing’s recent past.

Shane Mosley, Roy Jones Jr., Fernando Vargas, James Toney, Tommy Morrison, and Frans Botha top a growing list of fighters who either tested positive for a PED or admitted to using one. Most of these cases involved steroid use and not the more modern, less intrusive PEDs which are totally invisible to current standard testing procedures.

While it’s not fair to cast the shadow of doubt over every plus-34 boxer still fighting at an elite level, the lack of real commission testing and the proliferation of these enhancement techniques have created an atmosphere of suspicion around nearly every top fighter today.

Recently, Andre Berto issued a Twitter accusation against Victor Ortiz, claiming “there is a reason why Ortiz had so much energy, a reason he could take my heavy shots and keep ticking. I know people close to him and his camp and I know exactly what he was taking…it wasn’t Flintstone vitamins.” Other accusations have been leveled at fighters like Sergio Martinez, Bernard Hopkins, and Amir Khan. And, of course, there was the Pacquiao-Mayweather debacle, which served as the catalyst for “above the table” discussion of PEDs use in boxing.

Sadly, this is only going to get worse.

With no commission eager to make a stand by altering antiquated and often non-existent testing methods, the doubt will remain and the accusations will fly.

The unspoken fear among commissions is that if true random blood testing was employed at the top levels of the sport, they may lose dozens of fighters and major revenue from the resulting canceled fights. And any commission that does stand up and initiate stricter, more comprehensive testing procedures, will find itself losing all of its money fights to commissions like Texas, which require no testing at all, unless there is “probable cause.” Some feel that promoter Bob Arum taking Manny Pacquiao to Texas for two straight fights was a subliminal nudge to the Nevada State Athletic Commission, encouraging them not to get too uppity about making changes in the status quo.

This Wild West attitude when it comes to PEDs is also pushing some athletes into areas they normally wouldn’t go. Those who weren’t using before feel that they now have to, just to stay competitive.

“Listen, I know. Know for a fact of at least 4 or 5 top guys, guys you see on HBO, Showtime, pay per view, who are using,” said a former world champion who chose to remain anonymous. “The temptation is there. How am I supposed to fight a guy when everyone says he’s juicing? I have a family to feed too…You’re tempted into doing it. I mean, it’s not like you’re gonna get caught.”

Whereas other sports have a structure and a centralized sanctioning body to enforce drug testing procedures and penalties, boxing has nothing even resembling a true and enforceable policy or central authority.

The strictest US commission, by far, is the Nevada State Athletic Commission, but their own testing procedures and standards are, at best, outdated and poorly enforced. Consider this from Mark Zeigler’s report in Ring Magazine:

• Under Nevada ’s program, you get 48 hours’ notice to report to the closest accredited lab for a random test, plenty of time for many banned substances to clear your urine. “That’s random testing?” Goodman asks. “That’s random announced testing. They might as well shoot up a flare to tell them a test is coming.”

• In many labs, no one is following you into the bathroom and making sure the urine sample is indeed yours (as doping control officers do in Olympic-style testing), or closely checking identification so someone who looks like you isn’t showing up, or running DNA tests on the urine to rule out imposters.

• Even if the sample is yours, Nevada doesn’t routinely test for erythropoietin (EPO) and several other potent substances that can be detected in urine using more sophisticated, more expensive, more time consuming methods.

• While the Nevada commissioners can demand blood testing, which can find human growth hormone or identify endurance-boosting blood doping not detectable in urine, Kizer concedes they never have.

• While Nevada has the authority to target-test prior offenders or suspicious athletes based on “cause,” it rarely does. Otherwise, Mosley would be subjected to numerous unannounced, out-of-competition tests based on his admission under oath to using EPO and other illicit substances before the De La Hoya fight. “And if you’re not going to do it on him,” Goodman says, “then who are you doing it on?”

• Nevada doesn’t keep a log of previous urine and blood test results to track the longitudinal chemical profiles of athletes, in case certain markers indicative of performance-enhancing drug use appear.

So porous are the testing procedures that Victor Conte, who supplied Shane Mosley with his PEDs, admitted to not even looking at the list of banned substances in Nevada. With 48 hours advance notice for urine tests and no random blood testing at all, there was no fear whatsoever of being caught. There was always ample time to load up his fighter and let it cycle out of his system before any testing could occur. And, for some substances, not detectable by commission urine testing (like HGH and EPO), there was no need to hide use at all.

Conte refers to current testing procedures as “IQ tests,” meaning that anyone who knows how to manipulate the system can do so. The only fighters who test positive are those who get careless about their use or slip up by using the few substances which are actually detectable through announced urine testing.

In a sport where an athlete’s life is, literally, on the line, the silence has been deafening with regard to testing reform. At the moment, not a single commission is even considering a change in protocol. The fear of losing big names and the accompanying big events simply supersedes their duty to protect the fighters. Their unwillingness to shake the boat is only prolonging the inevitable and ensuring that the impact will be that much more severe when the truth about PEDs use in boxing actually sees the light of day.

If there’s anything that could truly bring the sport down, it’s the revelation of  just how many top stars are cheating the system and turning themselves into human chemistry kits. But, as usual, with only scoundrels and powerless commission seats at the helm, boxing will be left to its own devices and, perhaps, allowed to collapse under the weight of its own power vacuum.