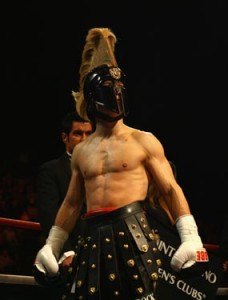 Saturday night in Broadbeach, Queensland, Australian local favorite Michael Katsidis will take on journeyman Michael Lozada in an attempt to get his career back on the right track after back to back losses.

Katsidis (27-4-0, 22 KOs) was last seen being outboxed by Robert Guerrerro en route to a unanimous decision loss in April. Prior to that, the former belt holder was knocked out in his attempt to win the lightweight championship of the world from Juan Manuel Marquez last year. Despite his recent struggles, Katsidis remains a fan favorite and could be right back in line for a major fight with a win on Saturday.

In order to prevent that, Lozada (38-8-1, 30 KOs) will need to pull off a major upset on the road. Lozada’s record has been built mostly on much lower level competition than Katsidis. Since 2008 he has only faced five fighters with winning records, with one win and four losses in those bouts.

The fight will be held at Broadbeach’s Gold Coast Convention Centre and is scheduled for 10 rounds.