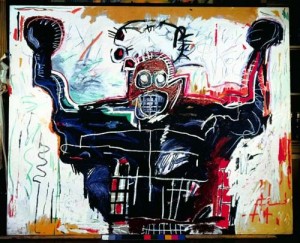 word, I’m turning this week’s Rant into a “Worst of” feature. This flu is just too damn strong and I’ve decided to turn in for the evening and pamper myself with orange juice, good movies, and the right narcotics…

So, enjoy this small remembrance of old school Rants…I’ll get back to burning bridges and pissing off pompous blow-hards, en vivo, next week:

If your computer is smelling a little like vinegar, it’s because this is a special douche bag edition of The Rant. Frankly, we could be doing this each week with the level of pond scum generally floating in and around the sport, but sometimes you just have to talk about other things. Today, though, I gave myself permission to lift up that boxing rock and stare at all the creepie-crawlies underneath. So, without further delay:

— WBC President for Life, Jose Sulaiman was recently the subject of a mock trial on Mexican TV over his appointment of the upcoming Saul Alvarez-Matthew Hatton contest as a world title bout in the jr. middleweight division. Presenting the case against “Don” Sulaiman were two boxing figures of the most-definite “non-douche” persuasion: Juan Manuel Marquez and trainer Nacho Beristain, who did their best to get in the occasional word over the gas-bagging from the bloated mound of sludge himself who is, more and more, taking the form of some sort of distorted, ghoulish muppet.

Despite repeatedly passing the buck and insisting the decision was mandated to him from the championship committee, Sulaiman eventually insisted that the Alvarez decision was one where he did intervene because of his “obligation as a Mexican is to provide opportunities for Mexicans.”

I wonder how that makes the American, Russian, Czech, Brit, Puerto Rican, and Cuban currently ranked by the WBC feel. Hell, I wonder how Alfredo Angulo, who is ranked #2 by the WBC and is Mexican, feels about all of this. Could it be that Sulaiman’s patriotism ends where Angulo’s canceled HBO paydays begin? Could Sulaiman be more transparently douchey?

But that wasn’t even the sleaziest thing from Sulaiman that night. The troll would actually try to claim the moral high ground by insisting that he’s simply a vessel for the boxing public:

“The WBC decided that Canelo is #1 in the world and whoever doesn’t believe it, settle it with him. It’s one thing to hear the opinion of fighters and trainers, but the fans are the ones who call the shots. It’s the fans who support Canelo. the public is with Canelo and we have to be with Canelo. We don’t commit injustices. We have to support Mexican fighters. We are providing a service to the sport. We’re not doing anything wrong and we know the fight will fill the arena.”

–On that same broadcast, Oscar De la Hoya was present to support his fighter and the match-up, but would only serve to embarrass himself, his fighter, and the entire sport. It would’ve been less of an embarrassment if Oscar had showed up doing the Macarena as his fishnet-wearing alter ego, “Goldie.”

This is what the head of Golden Boy Promotions had to say:

“The WBC knows what it’s doing. It’s not Sulaiman’s word alone. It’s a committee of experts that votes. We know this will be a great fight. We never know who is going to win in this sport. Matthew Hatton is a great fighter…Strong…he’s changed his style and matured…he’s STRONG. This is a very dangerous fight because this is Hatton’s chance. And Hatton is very deserving.”

— And here’s a great big middle finger to the Nebraska boxing commission for sanctioning Antwun Echols’ debut at cruiserweight last Saturday on the DeMarco-Sanchez undercard. Echols, a former world title challenger at middleweight and super middleweight who has just one victory since 2004, is on a Parkinson’s-inducing 1-9 binge with 6 stoppage losses in his last 10. By the way, Echols was stopped in 3 rounds by Alejandro Berrio on Saturday.

— I love the recent attention paid to mismatches in the sport and I whole-heartedly support more members of the media putting down their free media lunches in order to write about something worthwhile, but unless they are willing to do this all the time, their selective singling out of specific cases screams “Douche Bag.”

The thing about being “real” is that you have to do it all the time and not make exceptions for those who are nice to you. You run the risk of being called an asshole, but it sure beats being a douche.

Just a word about the concept of rankings in boxing.

Imagine if the Chicago Bears found themselves in second place based on something other than on-field play? Imagine if the Miami Heat started the NBA season 11.5 games ahead of the pack based purely on the signing of Lebron James?

These would cause uproars in their respective sports, yet boxing fans routinely accept similar logic when it comes to their rankings.

The sanctioning body rankings are obviously a bad, tragic joke, but even the Ring Magazine rankings, touted by some as the most respectable rankings the sport has, are often guilty of altering reality in order to tell their story.

Case in point is Wladimir Sidorenko (or Volodymyr Sydorenko) who was ripped to pieces by Nonito Donaire this past Saturday. Sidorenko, who hadn’t had a fight at bantamweight since losing twice to Anselmo Moreno twice in May of 2009 and May of 2008, somehow found himself entering the Ring Magazine 118 lb. rankings prior to the Donaire bout. He had a fight at Super Flyweight in August, but it appears that Sidorenko merely signing to a Donaire fight was enough to get him a #10 placement in the division by ring Magazine’s “panel of experts.”

You could also point to Saul Alvarez’s #10 raking in the 154 lb. class, Adrian Diaconu’s puzzling 186 weeks in the light heavyweight top 10, and many, many more curious editorial decisions.

Listen, of all the sports on God’s green Earth, the one that desperately needs a legit rankings system the most is boxing. Ring Magazine may be better than the sanctioning bodies, but it’s little more than a popularity contest and far from being a real source of finding out who the most deserving fighters are in each division.
*******************

So, here’s a review of the last boxing video game I played– one which is surely new to most of you: Activision’s Boxing for the Atari 2600: 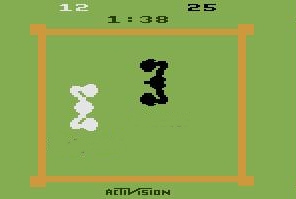 “Boxing for the Atari 2600” is a state of the art (for the early 80’s), ground breaking boxing game which brings fans into the rough and tough world of two-dimensional stick figure fighting. With 3 modes of play, (Easy, Medium, Hard) there is something for all fans to enjoy.

Activision went all out with this dynamic game, adding fine touches of realism such as a punch counter AND a round timer as well as different color fighters so the gamers could tell who’s who. The black and white motif brings one to imagine all sorts of historically significant match-ups like Robinson-LaMotta, Holmes-Cooney, Ali-Wepner and, for the movie buffs, Rocky Balboa-Apollo Creed.

The flimsy Atari 2600 joysticks add an extra realistic touch to this boxing game, breaking easily and leaving your fighter paralyzed, as if suffering an actual life-threatening injury in the ring.

You can email Paul at paulmagno@theboxingtribune.com and catch him at The Mandarin House Buffet every Sunday in Ciudad Hidalgo, Michoacan, Mexico where he can be found ogling the waitresses and sweet talking them into getting free dinner rolls. Paul is a full member of the Burger King Kids’ Club and an ordained minister in the Universal Life Church.