First, before I begin this week’s Rant, I just want to put all my cards on the table.

I’ve had some positive interactions via email with Thomas Hauser and, as a matter of fact, his input was helpful in putting together and refining the World Rankings we use on this site. Since then, I’ve heard some nasty things that have changed my overall perspective of the man, but personally, I’ve never had any negative experiences with him. 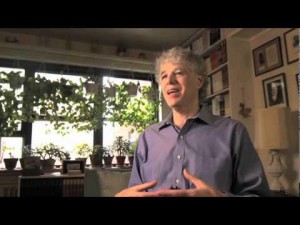 Anyway, for those who haven’t heard, boxing writer and dedicated HBO critic, Thomas Hauser, was recently hired by HBO as a consultant.

Hauser, in a series of well-crafted investigative pieces, had exposed the inside workings and blunders of HBO Boxing as well as each misstep of HBO Sports president, Ross Greenburg. Relying heavily on anonymous inside sources, the articles aired plenty of the network’s dirty laundry and gave readers a rare look at the business end of the fight game on TV.

When Greenburg was forced to step down from his position last year, many cited Hauser’s work as a major factor in the network’s decision.

Now, with Showtime’s Ken Hershman stepping into the Greenburg position and Hauser’s sources still “in house” and still anonymous, the HBO big wigs did what they could to prevent HBO dirty laundry from once again being aired in public–They bought Hauser.

“As of this week, I’ve undertaken a new role.  I’ve agreed to serve as a consultant to HBO Sports,” Hauser posted on website, The Sweet Science, last week. “I will have no decision-making authority at HBO. I’m not authorized to represent the network to third parties in business matters.”

Technically, HBO made Hauser a consultant. But, seeing that he won’t have any decision-making power and won’t likely be doing any actual work around the network, his salary could be seen as corporate hush money. Maybe they’ll send him a questionnaire once a month or he’ll help them with the New York Times crossword puzzle. Whatever. Just as long as he doesn’t dig into Hershman like he did with Ross Greenburg.

Yahoo’s Kevin Iole did a great job of summing up the situation in his piece late last week, so I’ll refer you there if you want to know why this is a very big deal. Sadly, Hauser was one of the few writers who had the name, contacts, and journalistic chops to do in-depth pieces. Despite his own leanings and prejudices, Hauser was one of the few real journalists involved in boxing coverage.

That a respected writer and the gatekeeper for entry into the Boxing Writers Association of America (BWAA) would take a flying ballerina leap into the arms of a blatant conflict of interest should not surprise anyone who reads this column or pays attention to the state of boxing journalism.

The vitriol over Hauser selling out from some in the media is curious, especially considering that many of those wringing their hands in maudlin outrage still support others in the media who are just as compromised as Hauser.

In the world of boxing media, rare is the person who is not neck-deep in conflicts of interest.

All of the major websites are subsidized by advertising money from promoters and/or managers. One major site, which loves beating up on the Golden Boy-owned Ring Magazine, is also co-owned by a promoter–although you’ll never hear that from anyone else in the business. Individually, those scribes not actively shilling for their favorite fighters or fawning over being in the presence of celebrities, are busy gorging themselves on free promoter-funded grub while taking home as much free swag as they can carry.

We have a situation where major boxing media voices even feel comfortable in giving public shout-outs in their columns to publicists, promoters, and promoters’ flunkies for favors rendered.

I could easily name names and have done so in the past (See: Our semi-regular Piggies at the Trough feature), but I don’t want this to come off as part of some mysterious vendetta or grudge. The whole industry is in the crapper and, with some exceptions here and there, producing work closer to what you’d see in Pro Wrestling Illustrated than the New York Times.

The problem is that most of those who can make a change to the current incestuous nature of boxing journalism are either part of the problem or aspiring to be part of the problem. Even fake mean bloggers, who pride themselves on their fierce individualism, secretly submit their work for inclusion into the secret brotherhood of boxing scribes.

So, what we get is an entire branch of journalism powered by publicist press releases and the engorged egos of yes-men, dim-wits, and posers.

To the fans, this means that most of what they hear and read is coming directly from those with money to make, axes to grind, and a direct line to media sources who either don’t know enough or care enough to put things in their proper perspective.

And that takes us back to Hauser.

Whether readers and insiders liked his work or not, he carried the reputation of being a hard-hitting journalist who could use his contacts and craft to completely eviscerate anyone who crossed his path. Now that will no longer be the case, and no matter what he writes about from this day forward, it will be marked by his decision to take HBO’s poorly-disguised hush money.

But while hanging Hauser in effigy, let’s also look at those media outlets that take promoter/manager advertising and then “mysteriously” begin to post glowing features on fighters represented by those advertisers. Let’s look at the pompous scribes who thrive on promoter freebies and will bend their editorial stances and fake outrages accordingly. Let’s also look at the large number of mainstream boxing scribes who have formed unhealthy bonds with those they cover or have directly worked for promoters, managers, and publicists.

I can tell you from experience that you won’t make friends in this business by bringing up these issues and you certainly won’t gain many professional contacts or career opportunities.

There’s no money in telling the truth, no glory in bucking the system. Maybe that’s why so many wind up selling-out.

Here are a couple of other really good articles on the Hauser issue, check them out:

Another Black Day for Boxing Journalism by Ted Sares

BWAA Conflicts Abound: Thomas Hauser and His Defection to HBO by William Holmes

You can email Paul at paulmagno@theboxingtribune.com or catch him via Ham Radio every weekday after midnight, broadcasting live from his cement bunker in Central Mexico. Paul is a full member of the Burger King Kids’ Club, a born iconoclast, and an ordained minister in the Universal Life Church.