On a slow news week, let's give something new a try. I've had a Big, Fake Mailbag with bogus emails in the past and I know I've made fun of the whole concept, but what the hell. Here's the first (and possibly last) Paul's Bulging Mail Sack segment: "Hold on, Hold on" Clinching is illegal in boxing. So, when Carlos Molina clinched, everyone complained. But Devon Alexander … END_OF_DOCUMENT_TOKEN_TO_BE_REPLACED 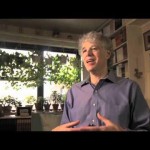 First, before I begin this week's Rant, I just want to put all my cards on the table. I've had some positive interactions via email with Thomas Hauser and, as a matter of fact, his input was helpful in putting together and refining the World Rankings we use on this site. Since then, I've heard some nasty things that have changed my overall perspective of the man, but … END_OF_DOCUMENT_TOKEN_TO_BE_REPLACED 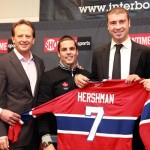 Boxing groupthink dictates that we believe Ross Greenburg murdered the once-vibrant HBO Boxing franchise with the help of Floyd Mayweather advisor, Al Haymon and a series of undeserving, overpaid fighters. Of course, it couldn't be that Greenburg inherited a bum product-- the first generation of fighters with no exposure on free TV representing a sport increasingly isolated … END_OF_DOCUMENT_TOKEN_TO_BE_REPLACED 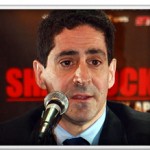 Thursday, in a statement issued to the press, HBO announced the hiring of Showtime executive, Ken Hershman, to become the new head of HBO Sports. Hershman, who has been in charge of Showtime Sports since 2003, will fill the vacancy created by the resignation of former HBO Sports head, Ross Greenburg, earlier in the year. He will also assume control of the troubled HBO Boxing … END_OF_DOCUMENT_TOKEN_TO_BE_REPLACED

by Paul Magno While soon-to-be-former HBO Sports President, Ross Greenburg is an easy target for critics, those looking to blame the TV executive for the downfall of the sport or, even, the downfall of HBO Boxing are over-simplifying matters. Like blaming Barack Obama or George Bush for the state of the US economy, the fingers pointed at Ross Greenburg show more partisan … END_OF_DOCUMENT_TOKEN_TO_BE_REPLACED