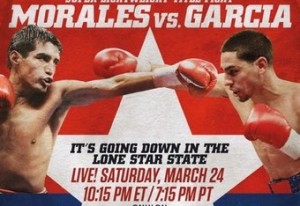 The Molina disqualification came following a knockdown suffered at the end of the tenth when Molina’s corner stepped into the ring prior to official end of the round.

Stay tuned for the full, in-depth report from ringside.