In the last few weeks Boxing’s reputation has been soiled by incidents, both actual and imagined, regarding PEDS. Once one gets past the surface level, the damage is obviously worse than a black eye as if these patterns persist the hopes of any legitimate Performance Enhancing Drug (PED) reform will be the collateral damage of such irresponsible acts. 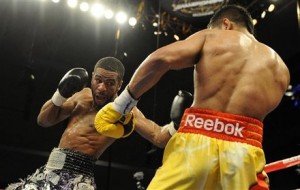 In a free society, it is the duty of the press to expose corruption and inform the public with accurate information. The boxing media should not be any different.

If we allow others to accuse others of things without verifying them, we betray our journalistic duties and reduce ourselves to the level of Joseph McCarthy, who accused innocent people of being communists. When he was finally put to a stop, the damage could not be undone and several innocent people’s lives were ruined.

What should instead be brought to light is that irregularities and odd issues related to the current level of testing both mandated and voluntary is not adequate to ensure fairness in a match.

Voluntary testing places the athletes in control as they then are the ones that dictate the terms of the testing. Consequently, voluntary testing is inadequate and should be replaced by thorough testing.

Though voluntary testing is a step in the right direction. Its shortcomings are obvious and the consequences of hindering further progress may very well kill the sweet science. In addition, the secretive nature of these tests and the accountability will undoubtedly allow writers to continue to use fighters as cannon fodder. They will be able to publish unconfirmed “facts” and rumors that add more coffins to the sport’s image, as well as contaminate boxing forums and social media with distortions and lies.

We can look at baseball as an example of a sport suffering due to inadequate drug testing. To this day the issue has not been thoroughly addressed and the sport’s image still suffers. The all-time home run record leaders have an asterisk next to their stats.

What will it take for boxing writers to push for the reforms necessary to protect the integrity of the sport? In addition, will such response be too late?

Until then, fans have to read with caution, separating real journalism from marketing propaganda spoon fed to a shill.

(Rico Aguirre is a special contributor to The Boxing Tribune)