There were several changes in the world rankings this week and a couple of fighters made their Top 10 debuts.

Josesito Lopez, with his upset RTD9 win over Victor Ortiz, makes his debut in the welterweight division at #8. Ortiz, who was ranked fifth, falls to #9. To accommodate the move, Paulie Malignaggi falls from #9 to #10 and Jan Zaveck falls from the Top 10. 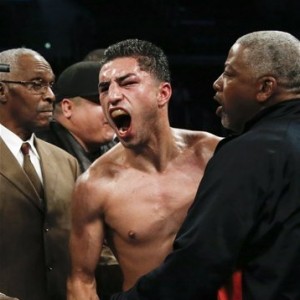 At junior welterweight, Lucas Matthysse moved from #10 in the world to #7 with his TKO win over #9 ranked Humberto Soto. Soto, with the loss, falls from the Top 10.

Also at junior welterweight, Khabib Allakhverdiev debuts at #9 with his win over seventh-ranked Kaizer Mabuza. As a result of the loss, Mabuza falls from #7 to #10.

At strawweight, WBC champ Kazuto Ioka won the WBA belt with his unanimous decision victory over Akira Yaegashi and he also passes by former #1, Nkosinathi Joyi, to assume the top spot in the 105 lb. division. Yaegashi’s spot at #5 remains untouched.

Ranked fighters, Rico Ramos (#6 at junior featherweight) and Jonathan Victor Barros (#8 at featherweight) were also in action, but in non-qualifying bout under The Boxing Tribune system.

For a full look at the full world rankings, click HERE.