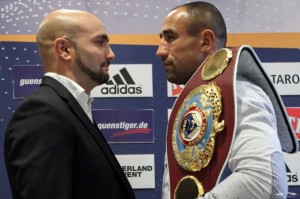 By all logic, the Super Six should’ve jump started the division to such a degree that fans would be reaping the benefits for years to come. Instead, after a solid two years of good match-ups, the 168 lb. class seems to be settling back into its pre-tournament malaise as a division where Euro-champs play keep away with the belts while facing one questionably qualified challenger after another.