Madison Square Garden, New York– Miguel Cotto (37-4, 30 KOs) may have carried out the last fight of a stellar 11-year career Saturday night at Madison Square Garden and on Showtime Championship Boxing as he failed in his bid to take the WBA junior middleweight title from defending titlist, Austin Trout (26-0, 14 KOs). 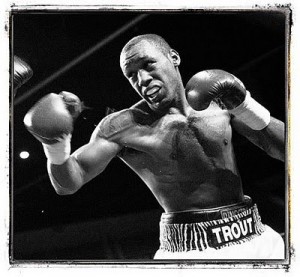 Although the judges’ scores were ridiculously wide at 117-111, 117-111, 119-109, all for Trout, the native of Las Cruces, New Mexico certainly did enough to win and, while close, there likely won’t be a controversy as to who actually won the bout. The Boxing Tribune scored the contest 115-113 in favor of Trout.

Trout boxed well, as expected, maintaining an even pace through the bout and never allowing Cotto to be on the offensive for any extended period of time. Cotto was also boxing well, not at the pace and not with the intensity he would’ve liked, but he kept the contest fairly even until the second half of the bout.

By the end of the twelfth, even after a sustained offensive push from both fighters, it was clear who was in control and who was just looking to hear the final bell.

The native of Las Cruces, New Mexico now moves on to bigger things– at least he hopes so– although a non-committal Saul Alvarez and an indifferent Golden Boy Promotions don’t seem too quick to risk their heavy stake in the 154 lb. division with a bout offer.

Cotto, on the other hand, looked the part of a very old 32-year-old who has been through the grind of a long, tough career. As is usually the case these days, Cotto’s face swelled up and his energy diminished late in the fight, but Saturday night one could also noticed a certain deadness and lack of spring in his legs. The Boricua battler could probably draw out another two or three decent fights from his tired body, but it has to be clear that he won’t likely ever sit among the sport’s elite again.

Sanchez, who sported his uncle’s trademark Mexi-Fro and 70’s-style ring trunks, gave very little resistance and was taken out as soon as Velez decided to step on the gas.

After knocking Sanchez down at the end of the second round, Velez greeted Sanchez with yet another knockdown at the beginning of the third. The Mexican was able to beat the count, but one more solid shot from the 24-year-old Velez convinced the referee that this one-sided beating had gone long enough.

No intrigue, no hint of a chance of an upset and Fitzpatrick’s corner did the right thing by not letting their fighter out for the sixth round. They should’ve considered not letting him out of the dressing room.