The day after Christmas is known throughout the British Commonwealth as “Boxing Day”, but just try to find a good fight on December 26th—there ain’t one. Nobody schedules big fight events for right around Christmas, even though the audience is there, the rest of the sporting calendar relatively barren, and the scene usually set by the fight game’s busy fall calendar (see the six-week stretch recently concluded with Pacquiao-Marquez for a prime example of a fall fight sked worth the discussion.) 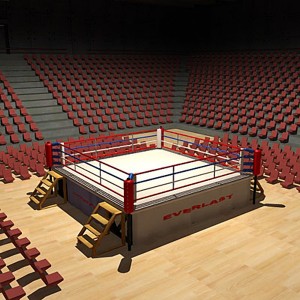 American football owns Thanksgiving, the traditions in the United States a major part of the cultural zeitgeist of the holiday. A Turkey Day without football is like one without…well, turkey. Whether it’s the high school games in the morning, the NFL in the afternoon, or the occasional stray college game that finds its way onto the holiday slate, if you think Thanksgiving and sports in America, you think football.

The NBA owns Christmas, providing an embarrassment of riches on the 25th of December to the hoops aficionado. ESPN does a bang-up job of presentation—even the cheesy stuff in the studio show just seems to work better with the holiday atmosphere around it (the sweaters on Bill Simmons and Jalen Rose. Full stop.) If you love basketball—and I do, considering it my favorite sport outside of the fight game—it’s utterly satisfying appointment viewing if you’re alone or don’t celebrate Christmas and great background noise if you’re with the family or your friends.

Boxing needs a day like that, and frankly “Boxing Day” would be it, wouldn’t it? It is a sign of how utterly verklempt the organization of this sport is that they can’t find a way to get multiple TV networks and promoters involved for a good-times-had-by-all extravaganza. NBC could show a Main Events card from Philly early, Top Rank and/or Golden Boy could hit a West Coast venue in Nevada or California on HBO and Showtime, and you could even cap it off with a big title fight on a pay-per-view. Go global with it and you could be watching the fights from Britain or Germany in the morning stateside.

Of course that’s wishful thinking. Boxing promoters will get together for the good of the sport and the marketability of the fighters around the same time I gain 50 pounds, put on some trunks, and knock out a Klitschko brother. Any time boxing has a sustained run of good, it is usually purely by coincidence, a lucky fluke that is testament not to intelligent management but to just how awesome a spectacle two men punching each other in the head until one falls unconscious (Manny, are you OK?) can be.

Steve Cunningham is nodding his head right now. Because nothing shoots itself in the foot quite like the sport of boxing. Finally back on network TV and we get a boring co-feature and a robbery in the main event? Oh well, boys, Howard was right, back to the old drawing board with you…barbarians.

But seriously…could someone be forgiven for forgetting that boxing exists sometimes? Even the Tribune’s been hard put for content this week. All we got for a fight week is…Oleg Maskaev fighting Owen Beck for the Dead Guy Heavyweight Championship? Seriously? That’s it?

For gods’ sake, it was “Boxing Day” yesterday. Put something on ESPN at least. The NBA shot its wad on good matchups Tuesday (seriously, the matchup quality on Wednesday was either good teams on back-to-backs playing bad ones on rest or else dreck like the Cleveland Cavaliers (7-23) at the Washington Wizards (3-23). You couldn’t have put some goddamn fights on?

Friday Night Fights comes back next week. It’s almost as if the boxing gods said “yep, go stir crazy with your lack of pugilistic entertainment for a week, we’ll have your fix soon enough.” Works for me. I think all that basketball and not enough fighting left me forgetting the sport existed…and I write about it for a living. Sad.

Fox Doucette covers Friday Night Fights for The Boxing Tribune. His weekly column, The Southpaw, appears on Thursdays. Fan mail, hate mail, and bets on that Maskaev-Beck fight for who dies first can be sent to beatcap@gmail.com.