Hello and welcome to another nutritious and delicious edition of your Sunday Brunch. Today we will be talking about health concerns, medical problems and possible long-term effects of said illnesses. Since I did study martial arts for a very long time, by proxy that makes me a doctor (don’t you know anything?). So by that token I lay before you not only my valuable boxing expertise, but also my medical evaluations and diagnosis of various figures in and around the sport, enjoy! 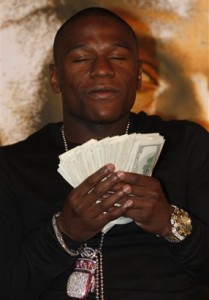 likely use a large chunk of his cash living the lavish lifestyle he and his family have grown accustom to until the taxes here in the States become overwhelming and he retires and moves to the Philippines to live like a king.

Chris John: Doesn’t like to fight outside of Asia proper – Hotorogenous Indonesiaysis – Prognosis: Will retire with the knowledge that he once “defeated” Juan Manuel Marquez, and that will be just fine with him and his twenty-six fans.

Juan Manuel Marquez: Curiously muscular this year – Hyper-PEDasis – Prognosis: Until there is legitimate testing within the sport (no, urine testing isn’t legit unless you want to see how much weed a fighter smokes or how much anabolic 80s steroids they are taking), fighters and their strength and conditioning coaches will continue to do whatever they please – passing all the weak state sponsored tests along the way.

Chris Arreola: Indulges in too much of the indigenous cuisine of his people – Mucho Carnitaoliosis – Prognosis: Chris will eat himself to the top of the heavyweight division (once Wlad and Vatali retire…And Deontay becomes a professional football player) where he will reign (taco) supreme.

The Boxing Media: The majority of the boxing “journalists” work for free food and for that rare occurrence when someone says, “Hey, I know that guy!” (Unfortunately it’s usually followed by “That guy is my local sandwich artist!”) – Gratis Buffetitus – Prognosis: (In the words of Stephen King) Fatterrrrrrrr…

Sugar Shane Mosley: Got his first tattoos after age 40 – Clingustoyouth LateInkoclastogram – Prognosis: Will re-retire after losing a lop-sided points decision to Paulie Malignaggi at the Barclays Center. Following his (pretty much) fourth loss in a row, Shane will become a full time trainer to his son “Spice” Mosley who will grow bored with boxing and start a pop group with family members “Posh” and “Sporty” Mosley.

Manny Pacquiao: Devastating loss to Juan Manuel Marquez (first KO loss since 1999) – Mastectomy KTFOesis – Prognosis: After an inability to come up with a compelling name for their fifth battle, “5X The Charm” will be the official tag line for Juan Manuel Marquez and Manny Pacquiao’s fifth chapter rivaled only by “Who R U Picking” as worst name ever for a boxing event.

Adrien Broner: Lack of true self identity and possibly borrowing someone else’s – Brachymayweatherinoma – Prognosis: After Floyd Mayweather retires (for real this time) Adrien Broner will take his spot as most athletically gifted boxer of his generation…Until he faces jail time for spousal abuse and is forever changed by the irreparable damaged caused by the time away from his personal grooming assistant.

Bob Arum: Money hungry and refusing to let top fighters oppose one another – Sandyvagina hydroadipsia – Prognosis: After the unfortunate passing of one of boxing’s most notable characters, new Top Rank top-dog, Todd DeBuff stages all the battles that fans wanted to see for years. Yuriorkis Gamboa vs. Brandon Rios, Floyd Mayweather vs. Manny Pacquiao and Nonito Donaire vs. Guillermo Rigondeaux all are made within a matter of months… Unfortunately, they are all easily forgotten snoozers.

Nonito Donaire: Continues to call out the top names in the sport, but will only face the ‘other guys’ – Gynecomastia Rigondeauxosis – Prognosis: One day Donaire will actually face the other top athletes in the sport and may actually fare very well, but until that time he will be content in taking 24/7 drug tests that ultimately amount to nothing (unless, of course, you live for praise from Ring Magazine and your own Facebook fan page…In that case you’re the man, girlfriend!).

James Toney: A genetic disorder where large amounts of fat builds up around the stomach and face – Gastrogigantivitis – Prognosis: James Toney will finally retire from the sport in 2017 but not before facing Roy Jones in a sort of farewell tour de force eat-off where they both travel around the world and put on exabitions at local cafeterias…The rematches will of course be eating competitions, Crazy Legs Conte and Takeru Kobayashi will judge.