The WBO lightweight champion, who recently severed ties with promoter Frank Warren, has just announced that he will be signing an exclusive promotional contract with Eddie Hearn’s Matchroom Sport and making his debut under the new deal May 11 in Scotland. 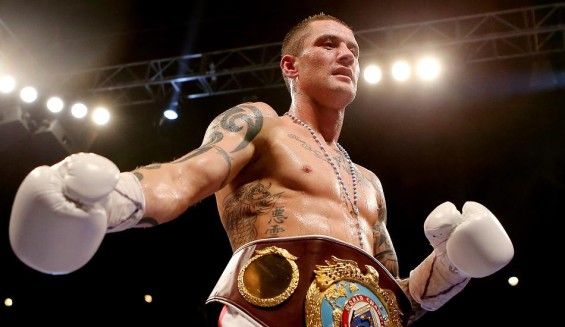 Promoter, Hearn, has been gobbling up UK talent and has quickly become one of the most powerful man in British boxing. One week prior to signing Burns, Hearn signed away another Warren property in super middleweight contender George Groves. Burns and Groves are added to a growing list of former Frank Warren clients now working under the Matchroom banner. Kell Brook, James DeGale, and Tony Bellew have all made the move from Warren to Hearn to join a stable that includes Carl Froch and Darren Barker.

Warren, though, is fuming at the Burns situation and has threatened to take this battle to court. His legal team issued the following statement to the media:

“Since being promoted and managed by Frank Warren, Ricky Burns has earned approaching £750,000 and had seven world title fights in just over two years.

“Unconcerned” with the lawsuit, Hearn plans to go ahead with the proposed May 11 date for his new fighter.