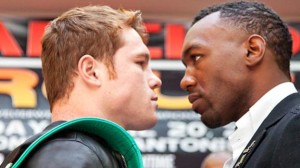 “As for the rest of Trout’s career, if Canelo can be categorized as protected, then Trout has to be regarded, at the very least, as fortunate…The perception of Trout as a battle-tested elite fighter is simply more publicity than reality. Yes, he’s a good fighter, but his resume, stacked side by side with Alvarez’s, is significantly thinner than the Mexican’s.”

The Boxing Tribune Editor in Chief, Paul Magno, is also a Featured Writer for the Yahoo! Contributor Network. Read his article, “‘Canelo Alvarez, Austin Trout, and the Power of Perception” click HERE.