To randomly test (for PEDs) or not to randomly test: that is the question. VADA or USADA: that is also the question. To fight or not to fight, is yet another question. Timothy Bradley is a fighter faced with a decision that could make him or break him. The Palm Springs, California native has stated he won’t fight if random PED testing for his October 12 bout with Juan Manuel Marquez does not take place. After initially failing to determine whether the United States Anti-Doping Agency (USADA) or the Voluntary Anti-Doping Agency (VADA) would handle the testing for their fight, it was announced that both agencies would handle the testing. 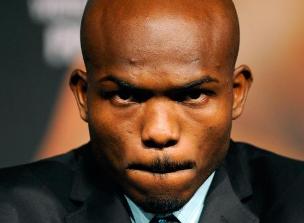 All seemed settled until just after the initial press conference to announce the fight, when promoter Bob Arum announced that the Nevada State Athletic Commission (NSAC) would handle the testing, based on the protocols of both USADA and VADA.

Bradley spent most of his career underappreciated and underexposed; only to finally get onto the big stage and have the benefit of a questionable win over Manny Pacquiao put the respect he deserves even further out of his reach. It was only his memorable fight with Ruslan Provodnikov that finally earned him respect from those who spent so many years looking for anything to shoot him down. A stance to do what is right could undo everything he’s fought for.

Bradley is right to be wary of a deal between a state commission and a promoter. Go back to Danny Garcia’s rematch with Erik Morales, in which Morales twice tested positive for Clenbuterol, but was allowed to fight on regardless. It doesn’t take a genius to see that those who stand to lose out on the profits – the promoters and state commissions – are willing to circumvent the rules in order to keep a big money fight on the table.

The clear solution and the end-all to boxing’s PED problem is to allow an outside agency to test fighters on a voluntary, case-by-case basis, right? Negative. It is just another band aid on a problem that needs major reconstructive overhaul. Regardless of how true-intentioned any independent agency may be, they still have to deal with promoters and state commissions as it pertains to results management. An independent agency can be contractually bound to notifying both the promoter and commission of a positive test, but bound to confidentiality otherwise. And if the promoter and commission put their heads together and decide to bury the results…well, you see the problem. True reform comes with a centralized authority that hands down uniform rules across the world, but across the 50 United States is a good start.

Bradley is now faced with the choice of going ahead with a fight in which his contract has been disregarded, or pulling out of the fight and pissing off the man who can put him on the shelf to collect dust or pit him against hopeless club fighters on off-TV undercards if he so chooses.

To randomly test (for PEDs) or not to randomly test, that is the question. VADA or USADA, that is also the question. To fight or not to fight, is yet another question. What if the answer is “none of the above”? All of the talk is focused on VADA vs. USADA, VADA vs. NSAC, etc. etc. It’s enough to keep folks distracted from the real problem, the real solution, and ultimately, real reform. Solving boxing’s PED problem shouldn’t be left up to anyone who holds a financial stake. And with all due respect to what VADA and USADA do, and regardless of which side of the fence you stand on, relying on either agency to test on a voluntary, case-by-case basis is a Sisyphean task. No matter how much ground is gained, pressure from the top will always cause the boulder to roll back down the hill.