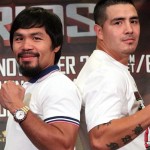 The controversy began on Tuesday when it was announced that Brandon Rios had undergone his second random blood test under the supervision of the Voluntary Anti-Doping Association (VADA) for his November 23 bout with Manny Pacquiao in Macau, China. It was then that Rios’ strength and conditioning coach, Alex Ariza, made headlines with his claim that both fighters are not … END_OF_DOCUMENT_TOKEN_TO_BE_REPLACED 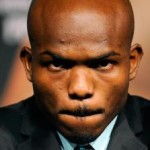 by Tim Harrison To randomly test (for PEDs) or not to randomly test: that is the question. VADA or USADA: that is also the question. To fight or not to fight, is yet another question. Timothy Bradley is a fighter faced with a decision that could make him or break him. The Palm Springs, California native has stated he won’t fight if random PED testing for his October 12 bout … END_OF_DOCUMENT_TOKEN_TO_BE_REPLACED 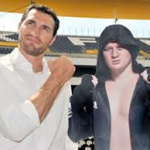 by Tim Harrison Welcome back to another edition of Broken News, the one column dedicated to gathering up some of the bigger news stories of the week and giving them to you all in one big dose, albeit with my own cynical take on them. So without further ado, here is this week’s news. Some of it might be new. Some of it might be old. But all of it is broken. Curtis … END_OF_DOCUMENT_TOKEN_TO_BE_REPLACED 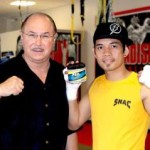 There were many good fights on this weekend, some upsets, a lot of rumors and even more bullshit mongering; let's skip the formalities and introductions to your Sunday Brunch this week and hop right into the Fray. Floyd Mayweather finally announced that he will indeed be facing Robert "The Ghost" Guerrero on May 4 as was widely speculated. The "Money" man also inked a … END_OF_DOCUMENT_TOKEN_TO_BE_REPLACED

If you ever try pissing into the wind, you'll likely end up with little more than a face full of piss. The Spring of 2012 was characterized by a focus on performance enhancing drugs (PEDS) and their use in boxing. Supported by the emergence of the upstart Voluntary Anti-Doping Agency (VADA), fighters were suddenly feeling compelled to submit to testing above and beyond the … END_OF_DOCUMENT_TOKEN_TO_BE_REPLACED