The term “Must-Win Fight” has become a cliché in boxing and is probably one of the most overused phrases in the sport. However, in the case of the June 21 bout between Devon Alexander and Jesus Soto Karass, the term is 100% appropriate. 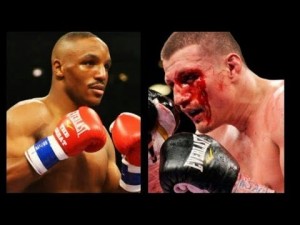 As of this writing, former two-division former world champ, Alexander (25-2, 14 KOs) is a -700 betting favorite on sites where you can bet on the match and, at least on paper, the designation is warranted. But the St. Louis native presents a confusing image when it comes to whether he belongs on the sport’s main stage.

At times, Alexander has looked like a true talent, very close to pulling together all of his physical assets into one unstoppable presence. At other times, the 27-year-old looks like an incomplete fighter, unlikely to ever be anything more than a talented second tier player.
Last December, Alexander lost his IBF welterweight title to the similarly talented, but underdeveloped Shawn Porter. It was an ugly, dull affair that ended a two-year, four-fight winning streak with an indifferent whimper.

If Alexander is ever going to get back to the top of the welterweight division, he’s going to have to put it all together and fight with the type of urgency demonstrated by elite-level fighters. On the 21st, it’s a guarantee that he’ll be pushed hard by his tough, veteran opponent—and that could either work to his benefit or, if he collapses under the pressure, put an end to his main stage viability once and for all.

The 31-year-old battler has been a mainstay on the Southern California/Northern Mexico fight circuit since he was a teenager. Unlike Alexander, Soto Karass does not possess world class talent or raw ability. Instead, he has become a battle-hardened pro who has learned on the job and as a sparring partner for many of the sport’s top fighter.

Most recently, the relentless pressure fighter has enjoyed a career revival with a TKO victory over former world titlist, Andre Berto and a decision win against Turkey’s Selcuk Aydin. In his most recent bout, he went toe to toe and legitimately hurt rising star Keith Thurman before getting stopped in the ninth.

Coming off a loss at this stage of his career, Soto Karass understands that a win is a must if he wants to remove himself from the small money, glass ceiling future designated for career journeymen.

On June 21 at the StubHub Center in Carson California, Alexander-Soto Karass may “just” be one fight on a major televised triple header on Showtime, but it will literally be a battle for the livelihood of both men.