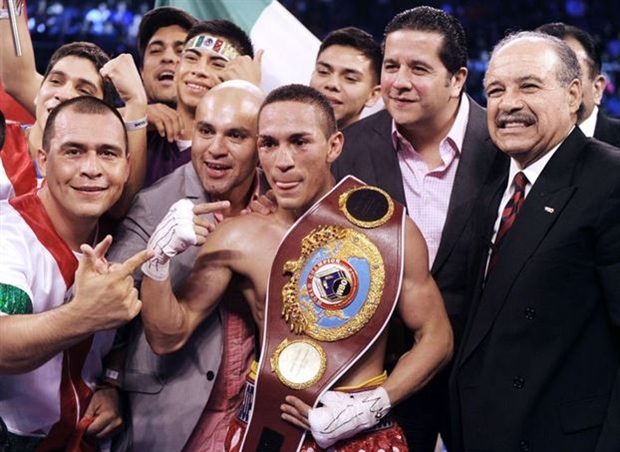 Making the third defense of his WBO and WBA flyweight titles, Estrada came out sharp, focused, and strong as he worked between the 32-year-old Segura’s trademark long punches and practically landed at will.

Although Estrada hurt his challenger as early as the opening minutes of the first round, he kept on his game plan, staying alert for Segura’s bombs and gradually grinding down the former junior flyweight titlist.

By the eleventh round, the right side of Segura’s face was swollen badly and his exhausted body could barely manage to offer up a few token, wide arm punches . To his credit, Segura kept coming forward and kept trying to do what his body obviously couldn’t, but Estrada was simply too good. To be honest, the bout could’ve been stopped three or four rounds earlier without much protest.

After the bout, Estrada repeated his call for unification with newly-crowned WBC flyweight champ, Roman “El Chocolatito” Gonzalez, who defeated Estrada back in 2012 via unanimous decision.