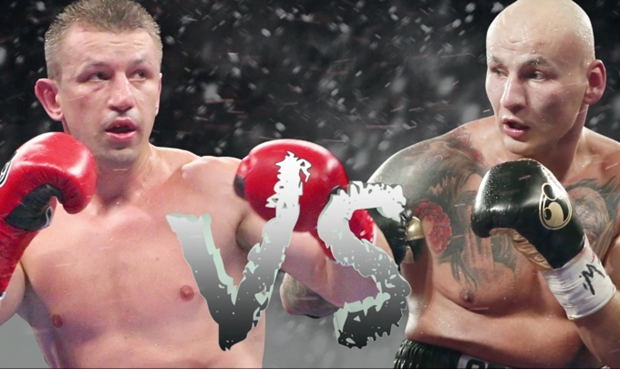 For what it’s worth, this may be a golden era for Polish heavyweights as we have seen at least a half-dozen Poles make their way in and out of the Top 10 over the last several years.

But while the heavyweight talent pool in Poland has never been deeper, it’s all for naught in the era of the world champion Klitschkos, where the dominant brothers, Wladimir and the now-retired Vitali, have easily turned back all challengers for the last eight years or so.

Despite Wladimir Klitschko’s position as a virtually unchallenged king of the heavyweight hill, the division is still in motion beneath him and Poland keeps churning out contenders that make for compelling fighters, but ultimately hopeless pretenders to the throne.

On November 8 at the Krakow Arena in Krakow, Poland, two of Poland’s very best heavyweights will clash for the superfluous IBF international heavyweight title in a bout that should satisfy as a standalone event, but definitely not serve as a precursor to any sort of championship run.

Tomasz Adamek (49-3, 29 KOs) vs. Artur Szpilka (16-1, 12 KOs) could be seen as a passing of the torch bout as the elder statesman Adamek takes on upstart Szpilka with a minor title on the line. Except, in this case, it’s quite possible that Adamek is not quite ready to pass that torch.

The 37-year-old Adamek has been around the block and back several times. As a cruierweight world champ and former top heavyweight contender, the Polish battler has faced his fair share of the best big men in the game, but was toyed with and discarded easily when he stepped up to face Vitali Klitschko in 2011 for the WBC world title.

Most recently, Adamek was beaten rather decisively by the Ukraine’s Vyacheslav Glazkov. Now, at this age and at this stage of his career, he seems to be stuck in place as a fighter too good for the second tier guys, but nowhere near good enough to get to the very top. Making money, it would seem, is the only reason Adamek keeps going forward.

As for the 25-year-old Szpilka, he’s looking to get where Adamek has been as an internationally respected heavyweight contender, but has thus far found himself going to war with journeymen like Mike Mollo and coming up well short against a legitimate top 10 guy like Bryant Jennings.

Crude and short on actual skill, Szpilka is an old school tough guy and will win his fair share of bouts on pure grit and determination alone. The question to be answered, though, is whether he’s good enough (or if Adamek has slipped enough) to get the win.

To be brutally honest, the winner of Adamek-Szpilka won’t likely move on to bigger and better things; Adamek is too old and Szpilka just isn’t good enough. But why should that matter? Appreciate it for what it is– a fiercely compelling heavyweight battle.