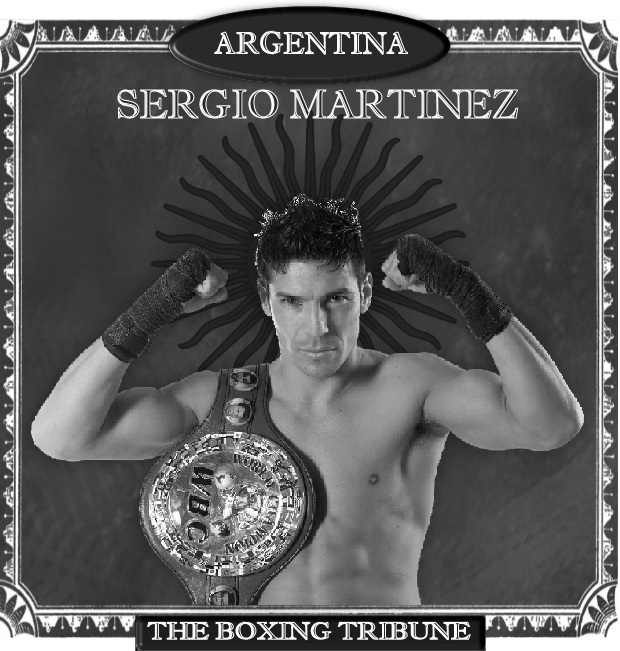 Sergio ‘Maravilla’ Martinez is the most successful boxer to come out of Argentina in recent times. With slick southpaw boxing skills, Martinez mixed mobility with a reflex orientated defence, coupled with a very decent punch when he needed it.

Turning professional in 1997, at the age of 22, Martinez found it a long road to get to the top. His awkward style frightened away many opponents and Martinez even found the need to relocate to Spain in order to keep his boxing career alive.

Beginning a welterweight, Martinez stayed as busy as he could, often fighting in his opponent’s back yards. Martinez moved up to light-middleweight, then Middleweight, in an effort to gain a world title shot, but despite some impressive wins, major title chances remained elusive for “Maravilla. “

Sergio’s chance finally came on April 17, 2010, (ironically five months after Martinez had suffered the 2nd defeat of his career, when he had been out-pointed by Paul Williams) when faced WBO and WBCworld middleweight champion Kelly Pavlik. Martinez pulled off an upset when he gave Pavlik a painful boxing lesson, on the way to winning a point’s decision. With the victory over Pavlik, “Maravilla” became one of the days few ‘linrael’ world champions. He also proved himself to be one of the better champions of his era, and took part in a number of exciting defences.

Martinez remained world champion for over four years, making a number of high profile defences, including his rematch with Paul Williams. Martinez won with a spectacular one punch knockout in the 2nd round and his much hyped fight with Julio Cesar Chavez Jr, which followed months of plotting by the WBC to maneuver Chavez Jr. onto Martinez’s world championship throne.

Unfortunately, Martinez’s reign was undermined by ever increasing injury problems, especially to his hands and knees, and when he lost his world titles to Miguel Cotto on June 7, 2014, after 14 months out with injury, Martinez was just a shadow of the boxer who had cut Kelly Pavlik to ribbons, and handed Julio Cesar Chavez Jr. a harsh lesson in boxing.

Prev7 of 11Next
Use your ← → (arrow) keys to browse
Peter Silkov