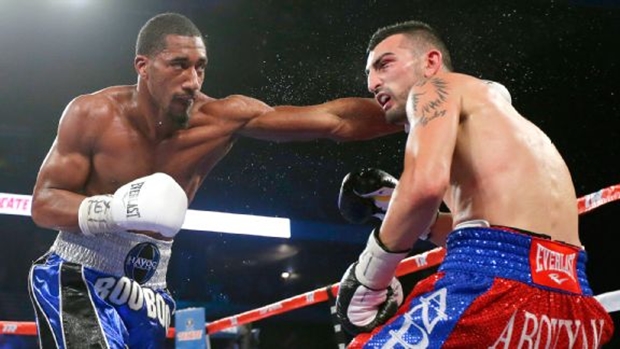 When Peter Quillin vacated his WBO middleweight title recently, it was taken for granted that mandatory challenger Matt Korobov would then take on no.2 ranked Billy Joe Saunders for the belt– and that may have been the case, had WBO junior middleweight champ Demetrius Andrade not decided to petition the organization for the slot opposite Korobov.

By ruling of the WBO championship committee, after noting several examples of champions moving up in weight to immediately challenge for world titles and also noting that Saunders had not yet faced a WBO top 15 challenger, it was announced Wednesday afternoon that Andrade would get the disputed title shot.

The WBO further noted that the representatives of both fighters now have fifteen days to reach an agreement in terms of purse and other logistics.