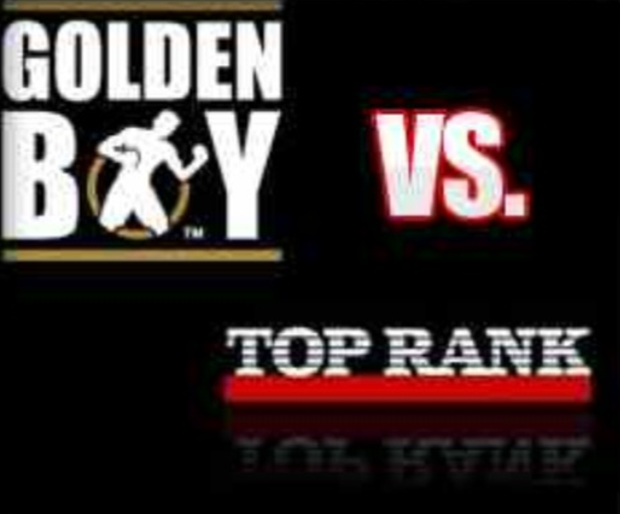 With the rumored rivalry between Top Rank and Golden Boy thawing out, many critics are focused on the wrong comings this may bring

We shouldn’t be focused on a conspiracy to dethrone Floyd Mayweather. (By the way, it was good to see De La Hoya and Schaefer ringside this weekend, albeit, separated by a few seats)

What we need to focus on are the actual bouts that need to be finalized, and in a hurry.

Bradley is out of options at Top Rank– seriously, who wants a Bradley-Rios bout? And with Maidana’s popularity at an all-time high, Bradley-Maidana is an interesting match-up. It may not be PPV worthy, but it would warrant a dueling 24/7 and All Access. Both fighters have been to the top of the mountain and are looking to stay there

It makes for a fascinating bout full of elbows and head butts. However, the action between the ropes will still be entertaining.

Bradley needs a big win to restore his faltering image. Maidana needs to prove his ability to compete with Mayweather to some extent wasn’t just a fluke.

This proposed bout would have the winner in everybody’s pound for pound rankings.

Terence Crawford has looked sensational in his recent bouts. His systematic beat down of Gamboa was tantalizing. However, he did get hit an awful lot.

Garcia’s popularity has been on the slide since his victory over Matthysse. However, his power remains game-changing.

Will Crawford’s boxing skills be able to hold off the stronger Garcia? Or will Garcia’s power be too much for Crawford?

Last but not least, Mikey Garcia vs Abner Mares. Two Mexican fighters, Staples Center, Los Angeles. What else could you ask for?

The bout isn’t as high profile as the previous 2 but the action couldn’t be better.

Mares needs a big victory after the devastating loss to Jhonny Gonzales. A win for Garcia could boost his popularity and marketability.

Let’s for a second believe that the Cold War is coming to an end. It’s time for the generals to stop fighting and let the solders do battle on the battlefield

The biggest question though, where does Showtime and HBO fit into this renewed partnership?