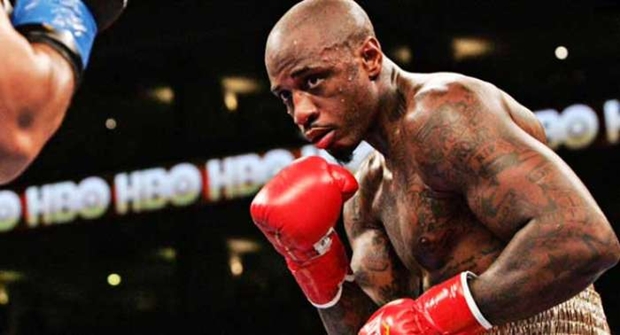 “He’s [Leapai] a strong, strong short powerful guy,” Scott told Dan Smart of Aus-Boxing.com “We have a lot to prove after our last fights, it’s a crossroads fight for both of us.”

The 33-year-old Scott is referring to the fact that both he and Leapai are coming off embarrassing losses. Leapai, 34, was flattened in a one-sided squash against heavyweight champ Wladimir Klitschko in April while Scott was knocked out in one round by Deontay Wilder in a March bout many feel may have involved a dive on Scott’s part.

Scott, of course, denies the allegations, but realizes the importance of beating Leapai– especially after the humiliating Wilder loss and a frustrating loss to Dereck Chisora two fights earlier, where he appeared to have beaten the referee’s ten count following a knockdown, but was counted out anyway.

“This is my first step to redemption, so here we go,” Scott added. “In fact, if I don’t win, I’m gonna retire. The problem is when guys start losing to B and C minus guys they should retire. I’m fighting at a top level, the type of guys I’m fighting are considered heavyweight champion material.”

Scott says that he welcomes the heavy-handed challenge of Leapai and that he’s prepared for anything that may come his way.

“The preparation has been great. I am looking forward to coming over and taking Australia on the 24th. We have our sparring partners lined up, I’m training hard every single day, things couldn’t be better…I’m gonna beat Alex Leapai, he’s tailored made for me, and this isn’t the first time he has lost to a fighter that is better than him.”