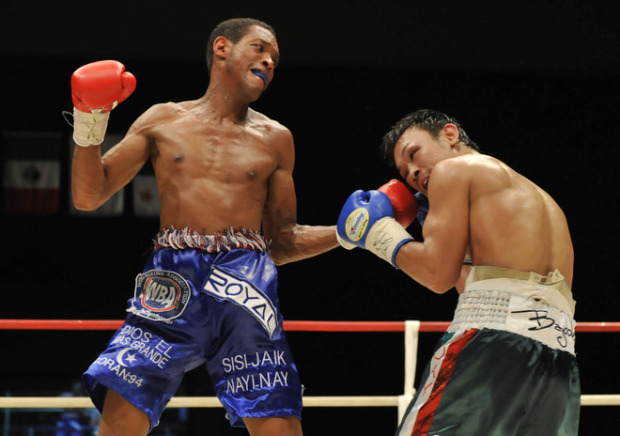 A former world champ in the super bantamweight and featherweight division, the 38 year old Caballero gets a shot at the WBC FECARBOX super featherweight title.  Estrella’s made six defenses of the belt, and comes in off a win over Dante Jardon in July.

As reported by The Boxing Tribune, amateur standout Newman makes his pro debut on the Showtime under card, headlined by Barthelemy vs. Saucedo.

Undefeated welterweight prospect, Zewski won his first title (NABF welterweight) in his last time out and has won his last four bouts by stoppage.  Ventura’s biggest win was over Antonio Mesquita in 2011, otherwise there’s not much to him.

Tapia put on a great show of heart in his loss to James Kirkland last year.  He bounced back with a first round stoppage win and looks to move forward against former UBF middleweight title holder, Bondoravas, who comes in off a six round loss to Willie Monroe Jr.

Flores takes a break from his fight analyst duties and grabs some action on the Soliman-Taylor undercard.  He’s won two bouts this year after a 19 month stretch of inactivity. The last few years Engel has come in as the “opponent”, facing and mostly losing to up and coming prospects.  He’s lost his last four and has been stopped in his last three.