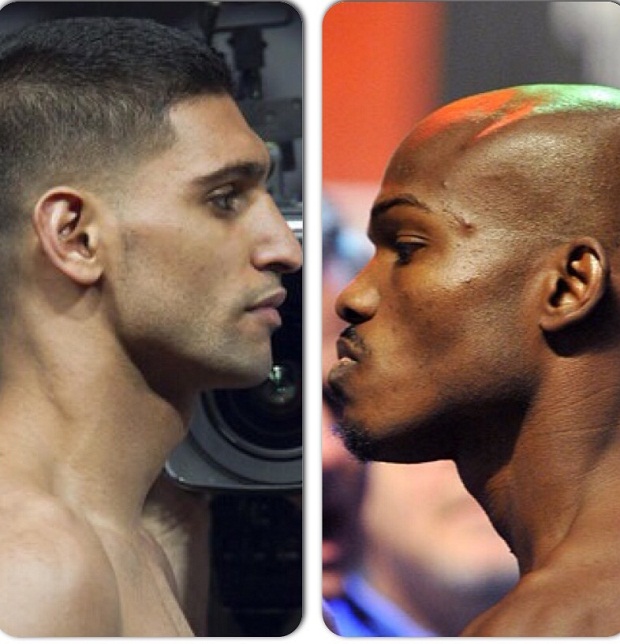 Now that the Cold War has officially ended, why not bring together the promoters for a Big Bang, Amir Khan-Timothy Bradley.

This bout is very marketable, however, it teeters between main event premium cable status and PPV headliner. Khan has crossover appeal and superstar status across the pond. Bradley can generate acceptable numbers with the casual boxing fan. The dueling promoters could come together beforehand and showcase both fighters on the same card. HBO would cover the Bradley side while Showtime covers the Khan side. Exciting performances from both fighters could make for a PPV-worthy clash.

Khan was labeled the next big thing. Even after his devastating loss to Breidis Prescott, Khan was forgiven. He had a Coming To America type introduction to American boxing. His skills are undeniable, he has a nice mixture of speed and power. He looked liked the “goods” against Collazo, dominating and outclassing his foe. However, the question Khan will always face is: “How’s that chin?” It will continue to haunt him until he wins another big fight.

“The Desert Storm” was cruising towards the highest heights of the boxing world. Bradley was beating anyone who was on his path to greatness. He went to their hometown or country, slapped them around, and took their title back home. Then he signed on the dotted line to face Pacquiao. After a horrendous effort in which nobody thought Bradley won, he was handed the victory. No one will question his work ethic, but they’re starting to question whether or not he’s nothing more then a good fighter.

Both fighters are looking to restore their image. Khan is 0-2 in his last 2 big fights. While guys like Garcia, Maidana and Thurman get the press, Khan continues to climb the mountain. Bradley just can’t catch a break. His image hasn’t been the same since he was “given” the win against Pacquiao. Even with wins over Provodnikov and Marquez, Bradley has yet to crack superstar status.

This would be a make or break for both fighters, a career defining, crossroads match-up.

I see Bradley starting the fight out strong, looking great for rounds 1-3. And then Khan takes over, exerting a bounce and box game plan, keeping Bradley at bay. Bradley is visibly frustrated but has no answer for Khans speed and athleticism. Amir Khan is your winner by unanimous decision.