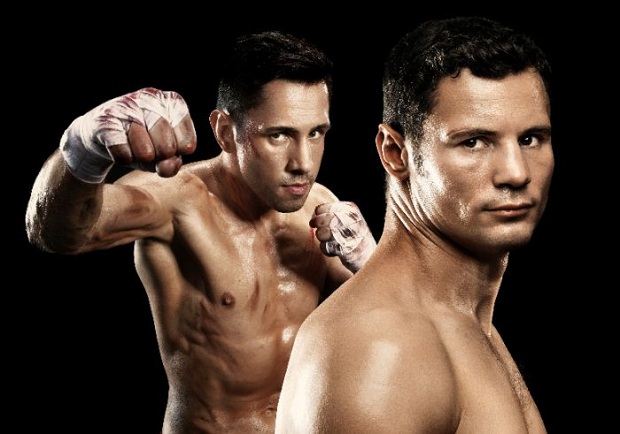 This Saturday, when former four-time middleweight world titlist Felix Sturm (39-4-2, 18 KOs) meets two-time former super middleweight champ Robert Stieglitz (47-4, 27 KOs) at the Porsche Arena in Stuttgart, Germany it could be more than simply a battle between two of Germany’s most popular fighters.

Sturm-Stieglitz, while not for any sort of title, could see the winner launched to the front of the line of what looks to be a super middleweight division on the verge of being reborn after essentially united by a dominant Andre Ward in a stellar 2009-2012 run.

However, now, with Ward inactive due to promotional disputes, the division is beginning to replenish its talent pool and show signs of coming back to life.

In Ward’s absence, Carl Froch has assumed the role of surrogate champion, proving himself to be, without question, the “best of the rest” at 168 lbs.

Below Froch is the veteran bunch, consisting of Mikkel Kessler, Arthur Abraham, Stieglitz, and likely, Sturm.

Then, there is a growing crop of 20-something super middleweights, who have already started to make some noise in the division. There’s the UK’s George Groves, who twice came up short against Froch, but showed enough class to remain a top contender. Also from the UK is Olympic gold medalist, James DeGale, who, at least on paper, is Froch’s next mandatory challenger. In the United States, the Dirrell brothers, Anthony and Andre, are back in the ring and certainly talented enough to make waves. Mexico’s Gilberto Ramirez Sanchez has also recently emerged as a threat, proving himself to have the type of heavy-handed aggression fans love to see.

Meanwhile, second generation star Julio Cesar Chavez Jr. is set to make his 168 lb. debut in 2015, as soon as he can get his legal issues settled with promoter/former promoter Top Rank. Kazakh killer, and middleweight titlist, Gennady Golovkin, could also make his move to super middleweight in the coming year in pursuit of the money fights he craves.

Add all of this movement to the fact that Andre Ward, himself, is reportedly targeting a long-awaited return to the ring in 2015 and it’s clear that the division will very soon be once again stacked with top shelf talent.

For Felix Sturm, a win on Saturday earns him the right and privilege to take on any of these challenges, although history tells us that he will most likely stay close to home and not venture too far out into the deep waters. Still, a record of 15-4-2 with 1 no contest  in world title bouts is worth noting and certainly enough to open doors for some truly big money challenges anywhere he likes.

Pretty much the same can be said for Stieglitz, who holds a 10-3 record in world title fights. A victory for Stieglitz takes him past his losing 1-2 series against Arthur Abraham and props him up for yet another super middleweight title run.

There’s little doubt that Sturm is the more physically gifted of the two fighters, but he has been up and down in recent fights, looking like a very old 35 in some, but considerably younger and fresher in others. Stieglitz, 33, remains Stieglitz– blue collar, hard-working, solid, but never really exceptional.

On paper, at least, this should be Sturm’s fight to win. And maybe, if the money is right, American fans may get to see him live against somebody at the elite level of the 168 lb. class.